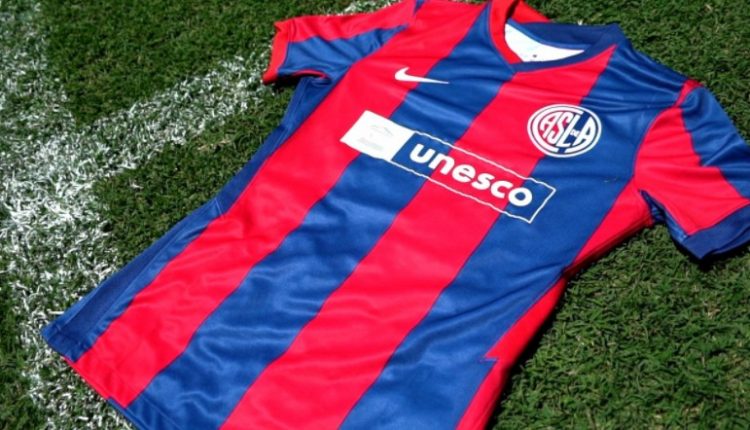 During professional soccer matches over the next three months, the men’s and women’s teams of San Lorenzo de Almagro will wear the UNESCO logo on their jerseys as part of the partnership between the two institutions to promote the values of sport, social inclusion, gender equity, the right to education and the fight against all forms of discrimination.

In April 2021, UNESCO and the “Ciclón”, as the team is known, signed an agreement to work for promoting the rights of children, adolescents and young people, gender equality and to fight against discrimination and racism in the club’s social environments. The initiative involves the club’s sports representatives, members, and community organizations from the Boedo and Bajo Flores neighborhoods in Buenos Aires.

“The alliance with UNESCO represents a great pride for us – emphasized Miguel Mastrosimone, Secretary of the Club – because San Lorenzo is an institution with a very strong social role, since its foundation. Wearing the UNESCO logo on the jersey reaffirms this important link”

During the last year, UNESCO advised the “Ciclón” in the elaboration of its first Inclusion Protocol, which seeks to guarantee the rights of people with disabilities.

This is UNESCO’s first partnership with a Club of these characteristics in Latin America and the joint work with San Lorenzo will continue through 2022.

POLAR POD – An Exploration of the Southern Ocean: mission’s construction kicks off as part of the Ocean Decade