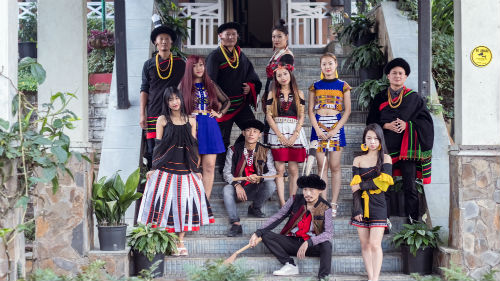 Seoul: The Embassy of India is presenting the third edition of Sarang – Festival of India in Korea, a particularly meaningful event this year as it marks the 70th anniversary of India’s independence – which is the exact same day that Korea obtained its independence. Sarang will introduce a range of India’s culture and the diversity through music, dance, film, food, and art in various cities such as Seoul, Busan, Seosan, Miryang, and Gimhae.

Following the enthralling performance of the Rattle and Hum Music Society during the Handshake Concert held in Gwangju Korea last year, the Embassy of Korea has invited the Society, an impaneled organization of the Indian Council for Cultural Relations (ICCR), to participate in this year’s edition of the Sarang Festival. And the inauguration program of the Festival has been endowed onto to the Society, for which the Society has carefully handpicked an array of musicians and artists from different States of the North East. Altogether, 11 artists hailing from Nagaland, Manipur, Arunachal Pradesh and Mizoram along with 5 officials will be participating in the Festival. The artists include the new pop sensation

5FEET, COLORED KEYS, RENBENI ODYUO and ETHNIC FUTURE.
This year’s Sarang will see the colors of the North East India as the performers are all geared up to give the Korean crowd a taste of our culture and talent. The artists will be performing in three different cities starting with the KBS Art Hall, Seoul on the 20th, Seoul Grand Park on 21st and 22nd, Hankuk University of Foreign Studies, Seoul on 23rd, Seosan City on 25th and 26th and finally Busan Cinema Centre on 28th.

The show is being exclusively managed, curated and promoted by the Rattle and Hum Music Society, Nagaland.
The purpose of this festival is not only to showcase the range and diversity of the Indian culture to the friendly Korean people, but also to raise recognition and branding of Indian culture in the vibrant and competitive cultural world in Korea, as well as showcasing similarities existing between the two countries.

In its 25th year, Pearl Academy announces 525 scholarships for India’s most creative minds