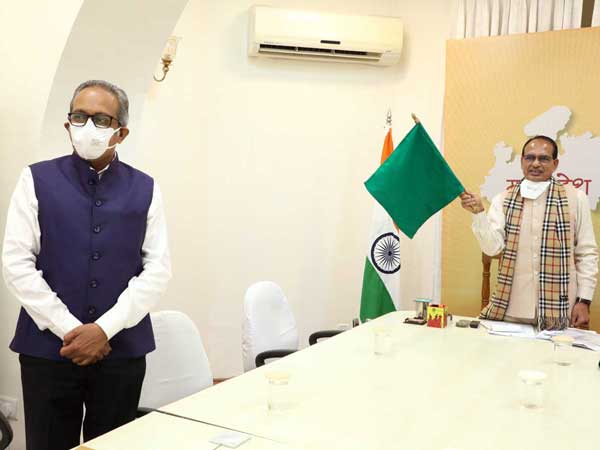 Bhopal : Prime Minister, Shri Narendra Modi has said that Kevadiya is realizing the vision of Sardar Vallabhbhai Patel, who is responsible for the unification of India and who gave India the mantra of “Ek Bharat –Shreshtha Bharat” It is presenting a beautiful picture of “Ek Bharat –Shreshtha Bharat”. This is probably for the first time in the history of railways that so many trains are being started from different corners of the country for one destination simultaneously. It is also realizing the mission of Indian Railways that is uniting India. Today, a new chapter of unity integrity of the country has been written here. A miniature India will appear in Kevadiya.

Prime Minister Shri Modi said that the widening of tracks, electrification, operation of high speed trains, etc. have been completed in record time with the help of new construction technology. We are now running semi hybrid trains and are moving towards high speed technology. Also, all this is environment-friendly. Green building railway station has been constructed at Kevadia. The opening of Deemed Railway University in Vadodara is also an achievement of the Railways.

Railway Minister Shri Piyush Goyal said that the construction of this ambitious rail project to provide rail connectivity to the Statue of Unity in Kevadia will give a significant impetus to tourism, local trade, employment and economic and industrial development of the surrounding areas. Sardar Vallabhbhai Patel connected the country and Indian Railways is connecting his statue with the whole country.

Chief Minister Shri Shivraj Singh Chouhan said in connection with the project that the world famous statue of Iron Man Sardar Vallabhbhai Patel, who united India in Kevadia, Statue of Unity has been established. Lakhs of devotees and tourists visit here. It has become not only a tourist place but also a place of inspiration, which is inspiring us for the unity and integrity of the country. Direct rail connectivity from Rewa in the state will provide special facility to the people of Vindhya region to visit Kevadia. For this I congratulate and thank the Prime Minister Shri Narendra Modi.

University of Michigan: Lack of information related to pollution…