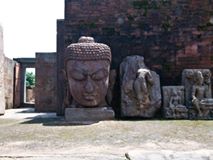 “Without going for Bharat Darshan, you can sit in one place, in Delhi may be, and visit all the monuments, get all the information about them better than a guide can tell us because of the whole force of Wikipedia is behind you in that,” said Prof. Ashutosh Sharma, secretary, Department of Science and Technology while inaugurating an ASSOCHAM conference on ‘Artificial Intelligence (AI) & Robotics.’

He was talking about a project undertaken by Indian Institute of Technology (IIT) – Delhi about recreating architectural heritage. “They recreated the lost city of Hampi, 3D printed it and also embed all the information related to the monuments, sculptures, their whole history in this physical model.”

He said that one could stop, pause and ask for more information about certain elements in-there and one would get that thereby terming it a weak example of cyber physical as it is not driven by AI and so it is not inventing new facts about the monument but everything which is already there.

“We are going to reproduce using the same technology now all the monuments – starting from Ghats of Benares, if you take a boat-ride in the Ganges you see all the facades, all the history of the place, (will) reproduce Buddhist circuit,” said Prof. Sharma.

He also said that there is an urgent need to create 20 million new jobs i.e. about two crore new jobs in India every year so it would be a challenge to use global technologies like AI as per the local needs.

“One has to think very deeply about how to use the same technology to do the opposite of what the technology is being created for, so it would not help us to copy Japan, Germany because of the objectives being little bit different,” said Prof. Sharma.

He said that all these countries are developing AI because they do not have people. “If you want to grow and remain competitive the way to go would be technology which can replace people but our problem is totally opposite.”

“We certainly need best of our technologists, scientists, even social scientists, economists to think very deeply about this problem of using AI to generate jobs,” he added.

He also said that the biggest challenge for India is to remain competitive not because of AI but despite AI to be able to create new jobs in every domain whether it is services or manufacturing because both of these domains will get affected as both require decision making.

“We need strong policy statements to deal with what is coming and in fact what is already there, we need to modify some of it, we need to introduce new elements and policies,” further said Prof. Sharma.

He said that newer technologies like AI would impact sectors like education and healthcare in a big way. “Doctors today in India have about 2.5 seconds to look at each patient which may be enough for a machine to arrive at good diagnostics but not for a human doctor.”

May be we would create a knowledge bank which is completely and meticulously sealed and say that these are reference points of knowledge which are not alterable by machines. So unless we have these reference points it can get to be pretty scary in the future.

On the education front, he said that there is a need have bring in tools like AI and work on the challenges that these tools will pose to our traditional models of education.

“Our education system is very conservative with direct emphasis on memorisation and on cracking exams but not on deep skills and developing insights into what it means to arrive at a decision and how to do things independently,” said Prof. Sharma.

“So we need to start focussing on education in a very strong way,” he added.

iednewsdesk Jan 18, 2022
The address, scheduled for noon (PT) on Jan. 18, is open to the public and is part of a weeklong series of events…