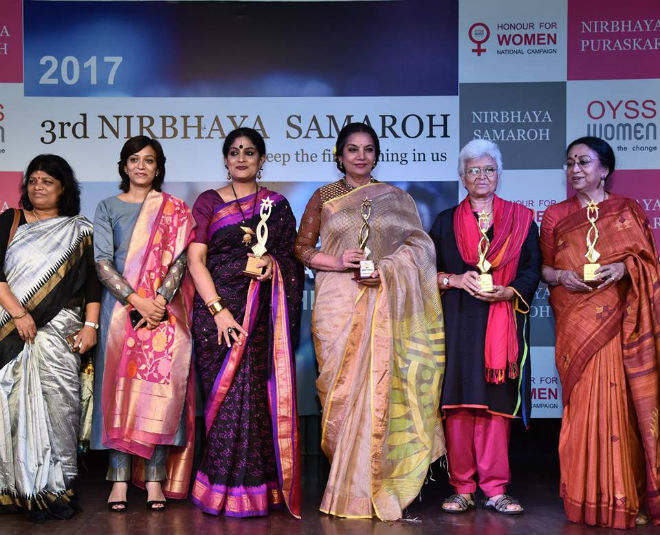 The Nirbhaya Puraskar was instituted in 2013 by Honour for Women National Campaign, a nationwide movement founded by noted women’s rights activist Manasi Pradhan to end violence against women. The award is given once in every two year for outstanding contribution to the cause of Indian women. The award was conferred in 2013 on the Prajapita Brahma Kumaris movement and in the year 2015 on the Missionaries of Charity.

Speaking on the occasion, the founder of Honour for Women National Campaign Manasi Pradhan urged all state governments and the union government to implement the movement’s four-point charter to fight atrocities on women that includes Complete clamp down on liquor trade, Self-defence training for women as part of educational curriculum, Special protection force for women security in every district, Fast-track court and special investigating & prosecuting wing in every district.

Reiterating their resolute to end violence against women, the Nirbhaya Puraskar recipients called upon all Indian women to get sensitised on their own rights and fight for securing them. Four innovative dance choreographies paying tribute to the spirit of Indian women were presented by Swati Wangnoo Tiwari, Arushi Mudgal, Lipsa Dash and Ranjini Nair.