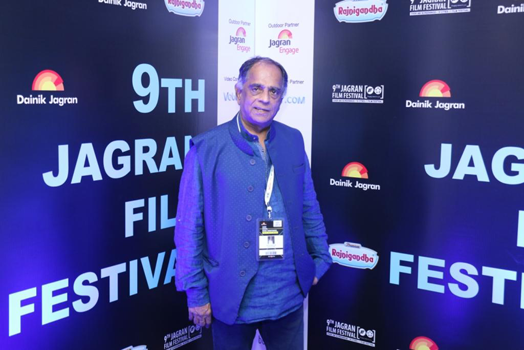 Mumbai, September 28:9th Jagran Film Festival served an incredible platter of interesting content on Day 2 of the four day festival, in its closing chapter. Day 2 saw Actress Shefali Shah and Director Kanwal Sethi in conversation with Anuj Alankar post the special screening of her film Once Again. The festival also saw a special conversation with Actor Sohum Shah and Parag Chapekhar. Arjan Bajwa and Pahlaj Nihalani were present for the screening of their short film The War Within. Akhilendra Mishra and Yashpal Sharma were also present to watch the interesting line up of films.

Audience engrossed during the screening of ‘Ask the Sexpert’, a film directed by VaishaliSinha, while hooted when movies like ‘Mumbai Premiere of Tarpan’, 3 Idiotas – The Mexican Remake of the film 3 Idiots’ and ‘Mumbai Premiere of Turtle’ were showcased. During the viewing of ‘English Vinglish’, a somber vibe could be felt in the air. Spectators remembered the legendry actress Sridevi and paid homage to the talented film director, Kundan Shah, best known for his comedy classic ‘JaaneBhi Do Yaaro’ and television series ‘Nukkad’.

The second last day of the prominent film fest initiated by Dainik Jagran, will screen an array of classics and one such must watch is ‘Ee.Ma.Yau’ directed by Lijo Jose Pelissery in the language of Malayalam.

The 2019 edition of the Jagran Film Festival mapped 18 cities and showcased more than 400 movies in multiple languages across the world. The celebration to curate incredible content through motion pictures categorized filmmaking into Documentary Competition, International Shorts, Thematic Specials and Student Focus.