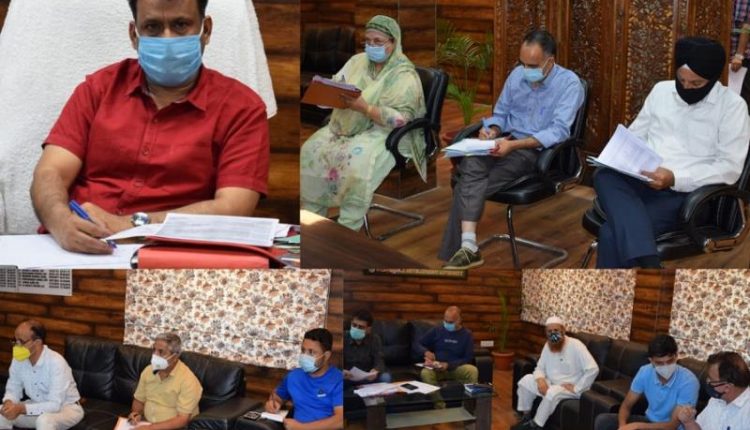 DODA : Status of tap water supply provided to the Anganwari Centres, Educational and Health instructions under Jal Jeevan Mission in Doda district was today reviewed by the District Development Commissioner (DDC), Vikas Sharma here at a meeting of line departments.

The meeting discussed in detail the progress of updating entries regarding coverage of institutions having tap water facilities.

The Deputy Commissioner directed the executing agencies to submit the report on the prescribed format to his office within one day. He took first hand appraisal of the progress of JJM works being executed to provide 100 percent Tap water connections to Schools, Anganwadi Centres and Health Institutions.

He asked to submit the first three columns given in the format to the Jal Shakti department today itself so that rest of the entries on their end shall be completed in an error free manner.

The DDC also directed the concerned to submit as on date the status of number of institutions functional in government and private buildings to have a clear assessment about the requirements at the grassroots level.

The DDC also directed the concerned to execute minor repairs required on the ground level by mobilising field staff. He asked them to work in synergy for 100% achievement as desired by the apex level authorities.

With regard to establishment of Jal Shakti Kendra in the district, the DDC directed the concerned to identify the building on war footing basis for the same. He said it is going to be the resource centre for the department as well as for the general public.