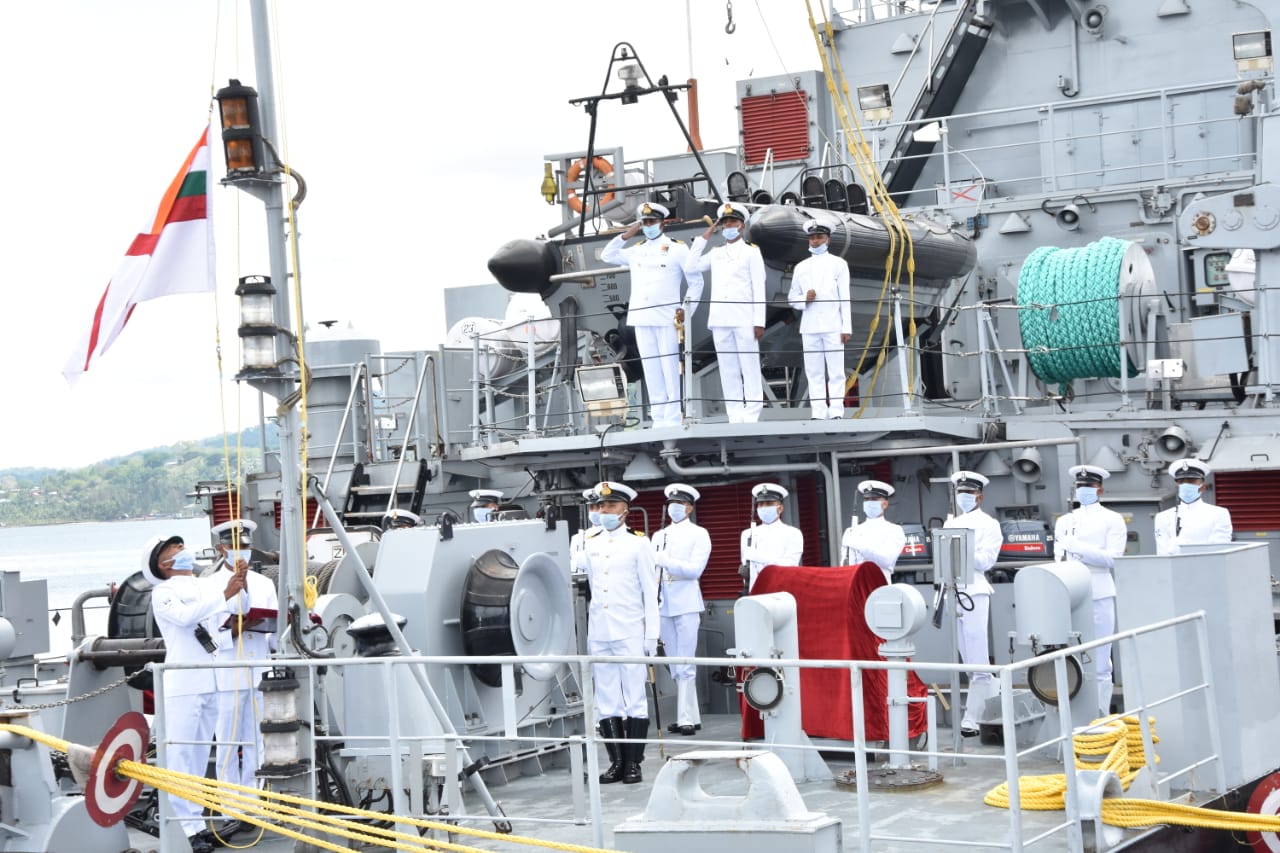 New Delhi: GRSE’s association with the Indian Navy is long and strong as over the last six decades the shipyard has been building warships and other vessels for the country’s Navy and Coast Guard. Over last 60 years, GRSE has built and delivered over 780 platforms which include 104 warships to Indian Navy, Indian Coast Guard & Government of Mauritius which is highest number of warships built & delivered by any shipyard in the country. Incidentally, the 100th warship delivered by GRSE was also a Landing Craft Utility, IN L 56. The first ship of the Mark IV LCU Vessels IN LCU L-51 was commissioned into Indian Navy in March 2017.

From building 05 ton boats to 24600-ton Fleet Tanker, GRSE has done it all and has proved its mettle as a pioneer warship builder of the nation.GRSE built ships are varied in their range and scope. From Anti Submarine Warfare Shallow Water Crafts, Frigates, Missile Corvettes, Anti-Submarine Warfare Corvettes, Fleet Tankers, Landing Ship Tank, Landing Craft Utility to Survey Vessels, Offshore Patrol Vessels and Fast Attack Crafts – the repertoire is rich and varied. GRSE has embraced infrastructure modernization over past decades towards creating an integrated shipbuilding facility enabling concurrent construction of 20 ships.GRSE has once again proves its ability to provide end-to-end solutions to their customers ranging from product conceptualization, design, system integration and project management, thereby enhancing the capability to meet customer demands. Key areas of strength of the shipyard include a strong, multi-disciplinary design expertise, production acumen and focused project planning & execution approach. These are traits that have helped the shipyard create strong differentiators in its path of growth.

The entire design of these LCU Mark IV ships has been developed in-house by GRSE as per requirements specified by Indian Navy.The LCU Mark IV Class of ships are fitted with close to 90% indigenous content in line with the Govt. of India’s ‘Make in India’ initiative towards achieving self-reliance and indigenization. LCU Mk-IV is an amphibious ship with its primary role being transportation and deployment of Main Battle Tanks, Armored Vehicles, troops and equipment from ship to shore. The ships are equipped with Bow Ramps to enable loading/unloading of combat equipment and vehicles upon beaching. These ships based at the Andaman and Nicobar Command, can be deployed for multirole activities like beaching operations, search and rescue, disaster relief operations, supply and replenishment and evacuation from distant islands. The LCU is 63 m in length and 11 m wide and has a displacement of 830 T with a low draught of 1.7 m. It can achieve speed of 15 knots. The LCU is designed to accommodate 216 personnel and is equipped with two Indigenous CRN 91 Guns to provide artillery fire support during landing operations. The ship is fitted with state-of-the-art equipment and advanced systems like Integrated Bridge System (IBS) and Integrated Platform Management System (IPMS).

Another class of Landing Ships indigenously designed and built by GRSE are the Landing Ship Tanks (LST). Amphibious warfare vessels, INS Magar and INS Shardul are active part of Operation “Samudra Setu” in which several aircraft of the Indian Air Force and vessels of the Indian Navy have been deployed to bring back stranded Indians amidst the COVID-19 pandemic. GRSE is also supporting the nation’s fight against COVID-19 through contributions to PMCARES fund and distribution of ‘Masks’, ‘Sanitisers’, ‘Soap’ and food grains to the needy amongst the community around the Company.

Currently GRSE has a strong order book of over Rs.27000 Crore equipping the shipyard with a deep pool of revenue-generating projects. 18 ships which include 08 ASWSWC, 03 P17A, 04 Nos. Survey Vessels (Large), 01 LCUs, 02 FPVs are in various stages of construction and are expected to be delivered to the Indian Navy and the Indian Coast Guard accordingly. GRSE continues to sail on a growth trajectory with increased thrust on export of warships, incorporation of latest technologies (Artificial Intelligence, Machine Learning, Data Analytics) in various areas of operations to improve internal efficiencies & profit margins.