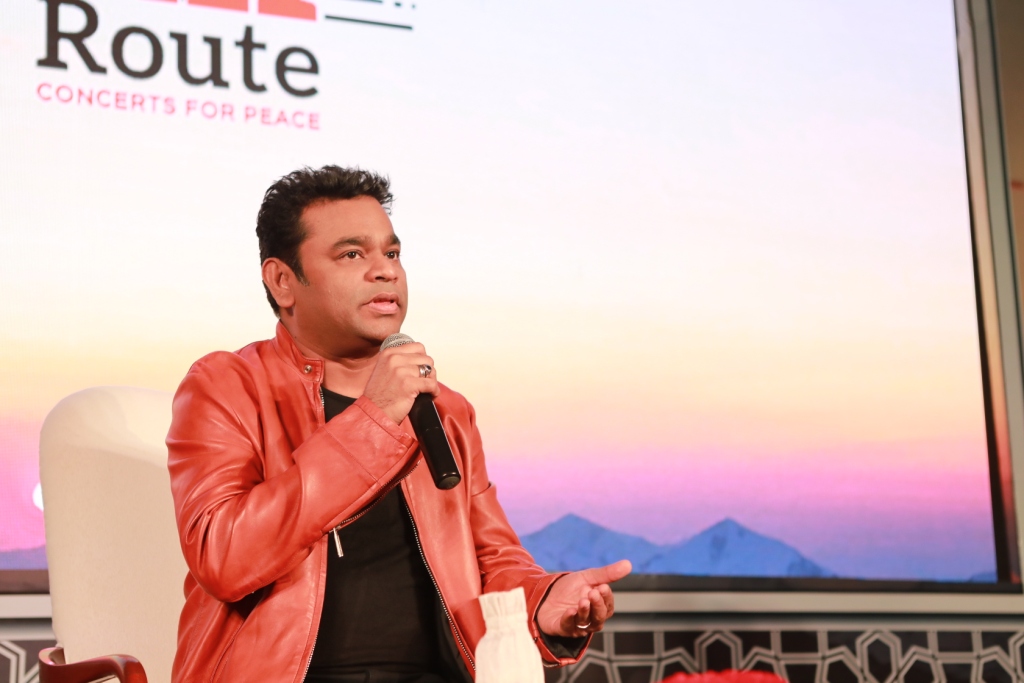 Sufi Music at Qutub Minar! AR Rahman to perform at Sufi Route, a concert for peace with a global flavour

New Delhi: The Sufi Route, by Friday Filmworks, INvision Entertainment and Invloed Matrix, established to encourage and nurture a holistic alternate music experience, is hosting its first ever concert on November 18, 2017 at one of the most iconic monuments of India, the Qutub Minar in Delhi. It is bringing to the fore Sufi artistes such as Nooran sisters, Mukhtiar Ali, Hans Raj Hans, Konya Turkish Music Ensemble, Dhruv Sangari and Dervish dancers.
Sufi music is an expression of peace, freedom and diversity. The concert is unlike any other that India has witnessed in a long time, in many aspects. The Sufi Route is the first Sufi festival in India, as an ode to the origins of the genre. Its venue, the magnificent UNESCO World Heritage Site of Qutub Minar is a historical statement in itself and another first when it comes to hosting a concert. It is also the only time in recent memory that two ancient and culturally rich roots of Sufi music – Turkish Tasawuf and Indian Sufism – are blending together on this scale.
The promoters of this ‘music led peace festival’ have designed the event to be age agnostic and welcoming to anyone with an ear for alternative music and poetry. They have also created The Sufi Route to be a traveling, global platform, with plans for Indian artistes to have an encore in Turkey in the next edition, followed by concerts in UK and UAE.
The concert in Delhi will thus be a prestigious platform for artistes and performers from across the world, and will foster genuine connections among all those who love Sufi music and art.

Speaking at The Sufi Route press meet and announcing the festival, Oscar winning music maestro A R Rahman said, “For me, Sufi means destroying the evil in your heart. I am grateful to the organizers for this concert. This is something I cherish very closely. The need of the time is that spirituality and love which Sufi gives should be shared in humanity. ”

Shital Bhatia of Friday Filmworks, promoter of The Sufi Route, said, “We have worked long and hard to put together this unique concert in Delhi. Sufi and folk music are timeless and it was about time the genre got a platform that the world would notice and celebrate. We have big plans for The Sufi Route and we are confident that over the years, it will grow into a global platform to reckon with.”

Gagan Takyar of INvision Entertainment, Event Organiser and Co-Owner said, ‘’The idea of The Sufi Route came about because this genre of music deserves its share of limelight. Not many music lovers have heard the undiluted rhythms of Sufism that are truly soul-stirring. We are honoured and excited to bring about this congregation of amazing artists. It’s a dream in the making!”

Namrata Singh of Invloed Matrix, responsible for partnerships and Co-owner of The Sufi Route commented, “We are overwhelmed and enthused by the support the event has garnered even before its public announcement. We hope our efforts culminate in bringing many more listeners to this magical genre of music.”
Date: 18th November 2017