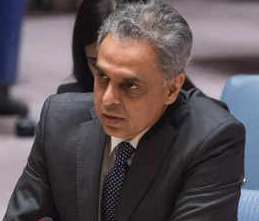 “In his distinguished career spanning over 34 years, Mr Akbaruddin has served in different capacities. He has served as Consul-General of India for two terms in the Kingdom of Saudia Arabia—from 1988 to 1992 in Riyadh and from 2000 to 2004 in Jeddah. His illustrious career includes working on deputation at the International Atomic Energy Agency in Vienna (2007 to 2011), serving as the Director of the Foreign Secretary’s Office of the Ministry (2004 to 2005), official spokesman of the Ministry of External Affairs (2012 to 2015) and Additional Secretary in the Ministry of External Affairs”, said Dr Mohammad Shahid, Deputy Director, Sir Syed Academy.