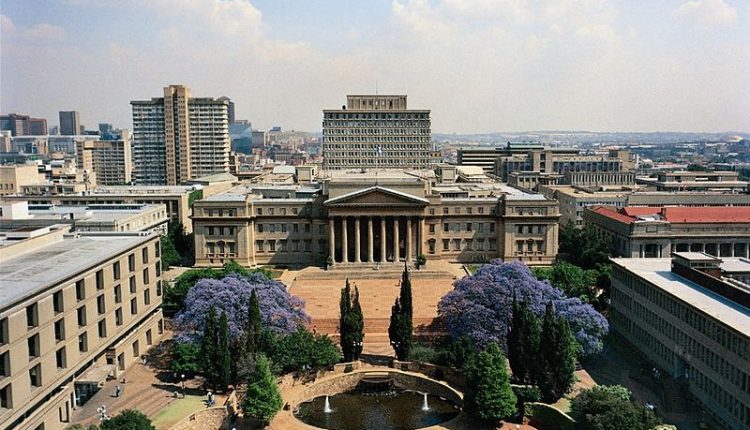 University of the Witwatersrand: SA’s entire infrastructure is on the verge of total collapse

South Africa now does not have a functioning integrated public logistics infrastructure anymore, with roads, rail, and ports all in disarray.

The lack of infrastructure maintenance, corruption in which dodgy black economic empowerment companies have been gifted tenders and often build flimsy infrastructure and cadre deployees without the necessary technical skills who have poorly looked after public assets have now snowballed into the breakdown of the entire public infrastructure – causing a system failure.

This means South Africans will begin to see the rapid collapse of infrastructure, the damage from disasters will be multiplied and the cost of repairs will now be more than building new infrastructure.

South Africa is now experiencing system failure – where the entire public infrastructure system across the country is likely to collapse over the coming period, and if disasters like floods happen, the impact will be disproportionally damaging in terms of lives lost, damage and the cost of repairs.

The damage – lives lost, infrastructure collapse and repair costs – from the floods in KwaZulu-Natal could have been less, if the public infrastructure had been better maintained, better build and better managed. The KwaZulu Natal floods have claimed over 400 lives, close to a 100 people are not accounted for and damage to property, infrastructure and movable estimated for now as upwards to R50 billion.

A National Treasury investigation in 202o found that between 2012 and 2015 only 13 out of 216 contracts awarded that exceeded R10m were above board at the Passenger Rail Agency of South Africa (PRASA).

South Africa’s municipal sewage infrastructure system has now almost collapsed also. Out of the 824 water treatment plans across the country, only 60 release clean water. More than 60% of the country’s sewage and wastewater treatment works have been classified as in a poor or critical state. There must be urgent intervention by the ANC government to stop the system failure of the country’s public infrastructure system.

Chronic instability, incompetence and corruption at state-owned rail, port and logistics state-owned company have decayed South Africa’s rail, port, and logistics infrastructure into decay. This has made South Africa’s exports uncompetitive, with many local exporters looking to new parts in the region, in Mozambique and Namibia. There are costly delays at Durban port.

Such is the inefficiency in state infrastructure planning and implementation, that plans to get to work on two key projects to increase the capacity of Durban port has been perpetually pushed back. The development of the delayed Durban dig-out port to reduce congestion, which was conceived a decade ago, will see its first phase only completed by 2037.

By then, fast-growing neighbouring country ports would have long taken over the role of Durban port. Subsequently, a new government initiative to replace the delayed dig-out port development, with a berth-deepening project at the Durban container terminal and an infill development at Salisbury Island, have not even come out of the starting blocks yet. These planned projects were to increase the capacity of Durban’s contain terminal to service the new generation ships of 20 000 twenty-foot equivalent units (TEU). The tender for the Durban berth development project was canceled after it was found that it was allegedly corruptly awarded.

Despite the lack of port capacity, Transnet has closed the Dom Pedro Quay liquid bulk terminal in Port Elizabeth. The development of a liquid bulk terminal in the Port of Ngqura, in nearby Port Elizabeth – which was aimed at reducing the pressure on Port Elizabeth’s harbour, was put on hold for a long period in 2020 – leaving oil companies in the lurch, and must make alternative arrangements. Transnet is reviewing all major tenders, contracts, and concessions it awarded over the past few years, because of an avalanche of allegations of corruption, nepotism, and fronting.

The road network, beyond the toll roads, have collapsed, and even the toll roads, are buckling under the increased cargo on it, because the rail system has broken down. Roads now move more than 70% of SA’s industrial cargo, because of the collapse of the rail system. Another example of poor infrastructure project planning and delivery is the Moloto rail project, a developed already planned in 2004, to ease congestion on the 160km Moloto road that stretches through Gauteng, Limpopo, and Mpumalanga. In 2014, government announced R34bn was allocated for the Moloto rail corridor project, however, not a stone has been turned to get the project going.

In 2020, Thamsanqa Mabena, a member of the parliamentary portfolio committee said: “That project is not going to happen, that project is not even budgeted for in the Department of Transport budget. I’ve asked questions in Parliament, and I said to the minister, tell us in the next three years what the department is budgeted for the Moloto rail corridor, his response was we did an application through the national treasury and the project we were told that it will not be funded.”

The collapse of rule of law across the country, has led to South Africa’s rail network, including its commuter rail infrastructure, being wantonly vandalised. Already ailing commuter rail stations and infrastructure were decimated during Covid-19. Transport Minister Fikile Mbalula blames the vandalism and theft on corrupt and incompetent Passenger Rail Association of SA (Prasa) managers.

Mbalula said: “The mismanagement here at Prasa has brought this mess wherein people were allowed to encroach and without any security, and here we are, we are stuck with people who have built shanties on top of the tracks”.

Taxi associations have been alleged to deliberately destroy commuter rail networks, to channel passengers to taxis rather than trains. In April this year, a taxi employee in Eerste Rivier, Ricardo Khan, was sentenced to 20 years in jail after burning a train and admitting he did so to disrupt commuter passenger services so passengers should use taxis instead. In May this year the long-distance company Intercape wrote to President Cyril Ramaphosa to intervene saying that taxi operators were violently attacking long-distance bus operators, to get them off the road, so that passengers will use taxis instead.

System failure because of the capture of maintenance funds, dodgy BEE deals and incompetent cadre deployees and capture of energy policy are the reasons why power outages will continue for at least the next five years or longer unless there is genuine political will – which is glaring absent now – from the governing ANC to tackle the corruption, appoint competent non-cadres and let go of ideological driven policies.

Power outages are likely to continue for the coming decade unless there is the political will from the ANC government to get rid of powerful tenderpreneurs connected to its leadership at Eskom who are incompetent but charge inflated prices. And for the ANC to muster up the will to fire allow the firing of unproductive Eskom workers who are members of trade unions who are aligned to the ANC and therefore cannot be fired because their votes are needed at the ANC’s national elective conference in December 2022.

To start with, corruption by those in government who are connected to the ANC leadership will have to be genuinely dealt with, not only in public statements and rhetoric. Government contracts must be given based on merit – not on blackness and political connectedness. Appointments to the public sector must also be on merit. Public assets must be treated with greater care by those who manage it. The capture of infrastructure development policies must end. Maintenance of public infrastructure should not be viewed as an extra – it is critical to prevent infrastructure system failure.