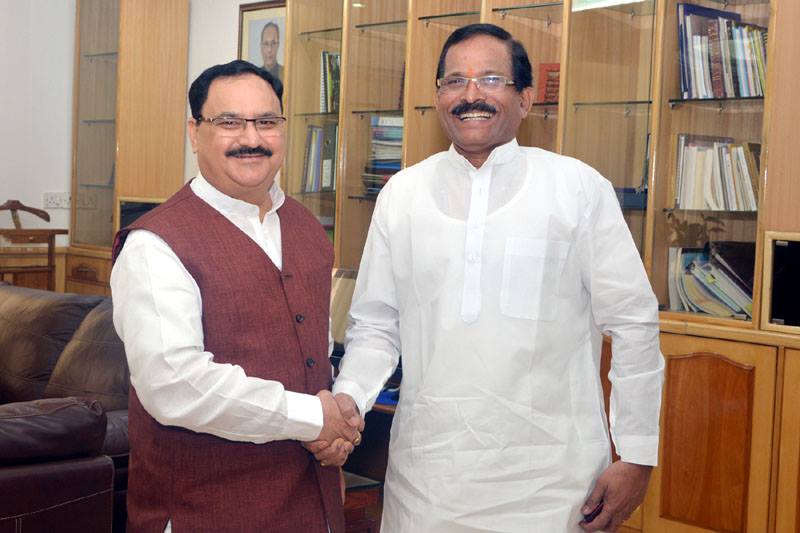 New Delhi: 163 proposals received from state/UT governments as well as private applicants for opening of AYUSH medical colleges in the year 2016-17: AYUSH Minister

There are 607 (341 Ayurveda, 52 Unani, 10 Siddha and 204 Homoeopathy) AYUSH Medical colleges functional at present in the country. The Central Government has supported AYUSH medical colleges under Central Sector Scheme of Public Health Initiatives (PHI) as well as under the Central Sponsored Scheme of National AYUSH Mission (NAM) through the State/UT Governments. The Government has received 163 proposals (108 Ayurveda, 01 Siddha, 09 Unani and 45 Homoeopathy) from State/UT Governments as well as private applicants seeking permission of Central Government for opening of AYUSH Medical Colleges in the year 2016-17. Out of 163 proposals, 159 proposals (105 Ayurveda, 01 Siddha, 08 Unani and 45 Homoeopathy) have been forwarded to the Central Regulatory Councils and 04 proposals (03 Ayurveda and 01 Unani) have been returned back to the applicants because the proposals have not been received as per the notified Regulations.

Tokyo Institute of Technology: The novel flight style that…

Under the National AYUSH Mission, a total of Rs. 7579.2 lakhs have been released to AYUSH Colleges from 2014-15 to till date.

This information was given by the Minister of State (Independent Charge) for AYUSH, Shri ShripadYesso Naik in reply to a question in Lok Sabha today.

Tokyo Institute of Technology: The novel flight style that helps the smallest beetles…