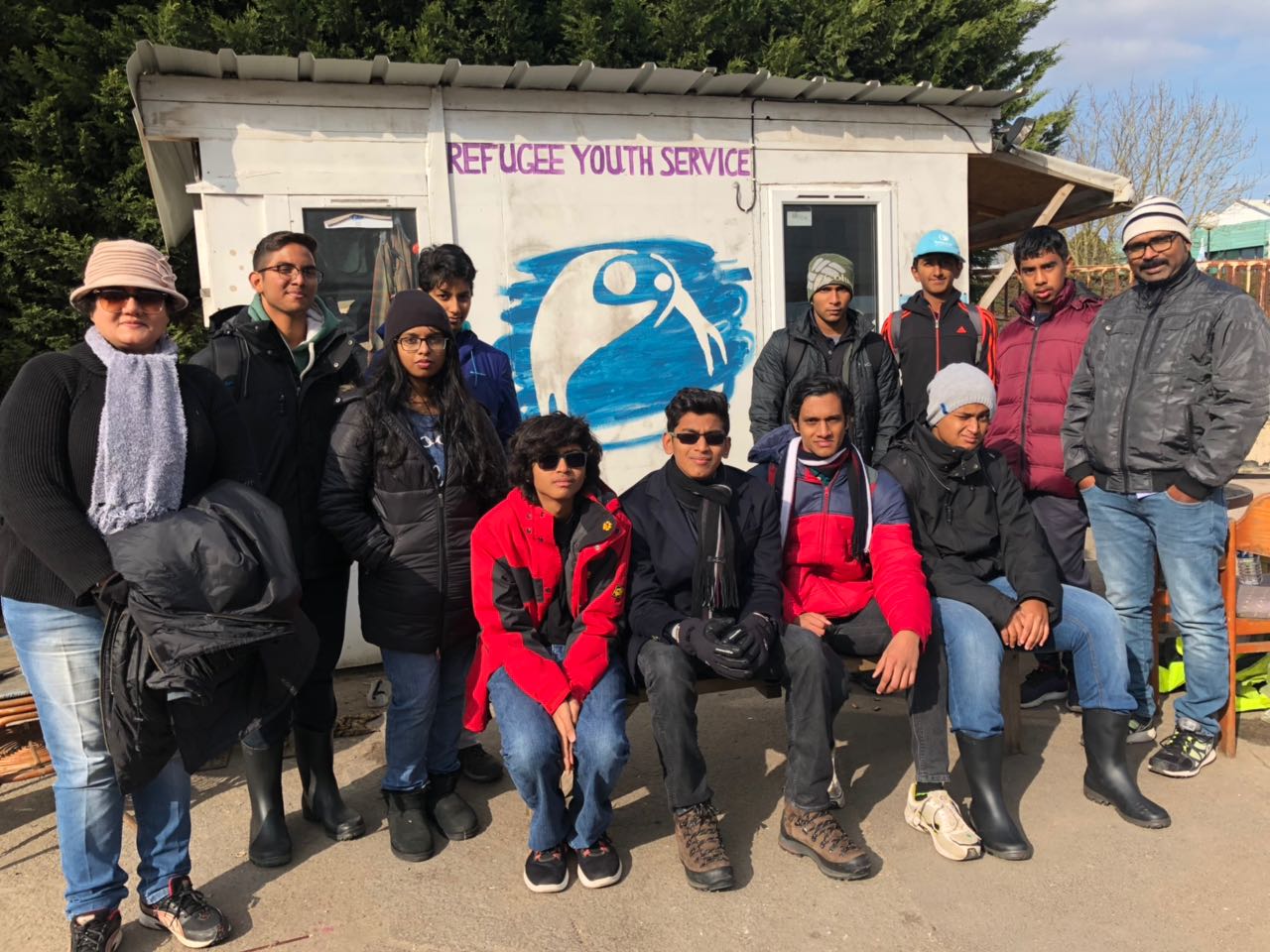 Bangalore: The students of Trio World Academy had a memorable two-week long educational trip to France and volunteered at the Refugee help French NGO Utopia 56 in Calais, in the northern tip of France. They had an opportunity to contribute their bit and spent a few days working intensively at the Auberge des migrants or refugee hostel warehouses in Calais, where Utopia 56 operates in Calais.

Their tasks mainly included sorting clothes that had come in as donation for the refugee settlements in Calais. During their volunteering, Trio students also attended a field training course organized by Utopia 56 on how to work on the field for the betterment of refugees getting educated on the dos and don’ts while interacting with refugees. As most of the students were still under-18, they were not authorized to go to the refugee settlement sites according to French laws. However, they did meet few refugees at the Auberge des migrants Warehouse site with whom they were able to generally interact. On the last day of their volunteering, Trio students made a large sign-board for Utopia56 with all their creative and artistic skills.

“It’s a great feeling to be indirectly helping the refugees even though we don’t get to see who these clothes will go to, because we know that we have helped them keep warm from the cold” said Tushara, student of Year 1 IB Diploma.

“It’s a place full of young people who have come as volunteers from everywhere, from France, England, Austria, Singapore. There’s music playing in the background and there’s coffee or tea, we can take a break at anytime. It’s work and fun together!” said Kevin of Year 1 IB Diploma Program.

“It is a matter of immense pride for the TRIO family. We are always on our toes to render any kind of support that they need to realize their dreams and would love to witness more such participation in the days to come.” said Mr. Naveen K M, Managing Director, TRIO World Academy”.

“We were informed that it was the first time that young high school students from India had undertaken volunteering work at the Auberge des migrants in Calais in France” said Ms. Chandniee Trio’s Senior School French Teacher and Theory of Knowledge Teacher and Coordinator who had led this initiative.

This volunteering program was a part of the Educational Trip to France organized by Trio World Academy. The students then proceeded to Paris to participate in the University of Peace conferences at the Cité Internationale Universitaire de Paris and the Mobile Learning Week workshops at the UNESCO Headquarters in Paris.

iednewsdesk Oct 15, 2021
Regardless of their municipality of residence, Aalto University students, faculty and staff may get their first…