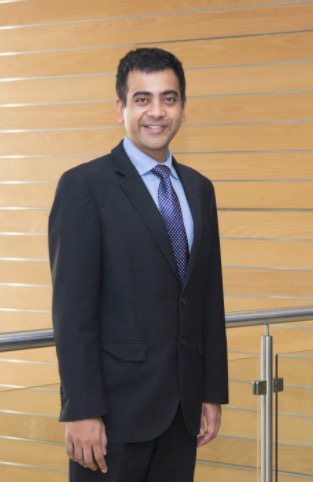 New Delhi: Professor Saurabh Sinha, the Deputy Vice-Chancellor of Research and Internationalisation at the University of Johannesburg (UJ), has been elevated to a Fellow by the Institue of Electrical and Electronics Engineering (IEEE).

This is a remarkable achievement, as an IEEE Fellow is the highest distinction only reserved for select IEEE members in recognition of their extraordinary contributions in any of the association’s fields of interest.

IEEE is the world’s largest professional association for the advancement of technology, with more 400 000 members whose technical interests are rooted in electrical and computer sciences, engineering and related disciplines. Out of a membership number in over 160 countries “less than 0.1% of voting members are selected annually for this member grade elevation” (ieee.org). Apart from the technical aspect, the associated professional development reinforces the prominent role that IEEE plays to advance technology for the benefit of humanity.

Says Prof Sinha: “Over the years, I have seen tremendous growth in IEEE activities internationally, with a particular focus across Europe, Africa and the Middle East. My focus on educational advancement lies in building technology capacity and establishing centres of excellence in partnership with professional bodies and civil society to bridge the current technology divide.

It is with great appreciation and sincere gratitude for the confidence my peers had in me to nominate me for the IEEE Fellow status. It is a major technical and international achievement.” He said the technical achievement brings forward our significant role and opportunity in the area of microelectronics education.

“As an academic, much of my contribution has derived because of working in teams of students, research fellows and others. I look forward to the continued journey and with hope to have others attain a similar status in future.”

Prof Sinha is an esteemed academic having authored or co-authored over 130 publications in peer-reviewed journals, books and at international conferences. Over the last two decades, his research has been supported by the National Research Foundation, Armscor, Council for Scientific and Industrial Research, Eskom, Square Kilometre Array as well as the private sector.

In addition, he is the managing editor of the South African Institute of Electrical Engineers (SAIEE) Africa Research Journal and an active member of several professional societies. Among others, during 2014-2015, he served as an IEEE Board of Director and Vice-President: Educational Activities (VP: EA). He has been an IEEE member since 1999 and volunteer since 2002. To our knowledge, in IEEE’s history of over 130 years, at the time, Prof Sinha was the first South African to serve the IEEE Board and in the role of VP.

Academics’ reflections on racism and transformation at UCT

iednewsdesk Apr 15, 2022
An upgrade to the cutting-edge nanofabrication technologies at the largest open-access clean room in the southern…

University Of New South Wales: Harnessing the power of diversity in…