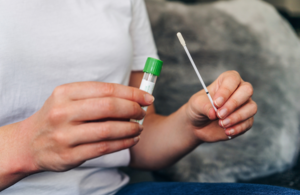 More than 3 million people were tested by NHS Test and Trace this reporting week, the highest number ever in a single week.

In total, almost 21.8 million people have now been tested at least once since NHS Test and Trace was launched; that equates to a third of all people in England.

Of those people who took their tests in-person, at either a local or regional test centre, nearly all (97.6%) received their results the following day, while the median turnaround time for home test kits was just 35 hours.

Not only are people able to receive a test result more quickly and conveniently, but the service continues to reach a high proportion of cases and contacts.

NHS Test and Trace has successfully reached 87.0% of the people who received a positive test result, and 93.5% of their contacts, making a real impact in breaking chains of transmission. In total during the week of 28 January to 3 February, 377,391 people who had either tested positive or been identified as a recent close contact were reached and told to self-isolate, people who might otherwise have gone on to unknowingly spread the virus.

The NHS COVID-19 app has now been updated with the capability to alert users in postcode district areas where there is a variant of concern to provide additional messaging to users, for example that they may be eligible for surge testing, even if they don’t have symptoms and where to find more information.

NHS Test and Trace’s test site network continues to expand. With more than 850 test sites in operation, including 484 local test sites, people are travelling a shorter distance than ever before to get a test. The median distance travelled for a test is just 2.0 miles, a record for the service, compared to 5.1 miles as recently as September.

NHS Test and Trace has also delivered its best median turnaround times for home test kit results since the service launched last May, with a median turnaround time of 34 hours. The service is ensuring that those who are required to take a COVID-19 test are able to access one without visiting a test centre and meeting demand despite the current weather conditions.

More people than ever before have had a COVID-19 test this week and have also received their test result quickly and conveniently despite the demands on the service. These numbers are hugely impressive and have an enormous impact on the spread of the virus.

This week NHS Test and Trace have identified 149,317 positive cases and 264,577 contacts of those cases, leading to 377,391 people being told to isolate. This continues to have a significant impact on breaking the chains of transmission.

The number of LFD tests conducted across the country has continued to increase at pace, ensuring NHS Test and Trace can identify people who are infectious, but not showing symptoms. Around one in 3 people with COVID-19 don’t display symptoms. This means every positive LFD test helps us break a chain of transmission we wouldn’t have identified otherwise.

We are continuing to deliver effective results at speed, and it is a continuation of the programme’s strong start to the year. More than a third of the English population has now been tested for COVID-19 at least once which is crucial in halting the spread of the virus.

I am incredibly grateful to everyone involved in NHS Test and Trace who are working non-stop to help us combat the spread of the virus.

Testing
As of 9 February, more than 75 million tests have been processed in the UK in total since testing began, more than any other comparable European country.

In the latest reporting week, 2,372,358 lateral flow device (LFD) tests have been carried out, which is 17 times higher than those conducted in mid December. The number of LFD stats has been increasing across all regions for the past month, with most in this reporting week conducted in the South West followed by the North West.

Pillar 1 test results made available within 24 hours has increased to 96.6%, compared with last week’s percentage of 95.1%. 96.0% of satellite tests were received within 3 days after the day they were taken, compared with 96.5% the previous week.

Over the past months, the government has put in place the largest network of diagnostic testing facilities created in British history. NHS Test and Trace currently has the capacity to carry out more than 790,000 tests per day, compared to 2,000 just 9 months ago.

Tracing
So far, more than 8.6 million cases and contacts have been reached and told to self-isolate by contact tracers.

149,317 positive cases were transferred to contact tracers between 28 January and 3 February, with 129,880 reached and told to self-isolate.