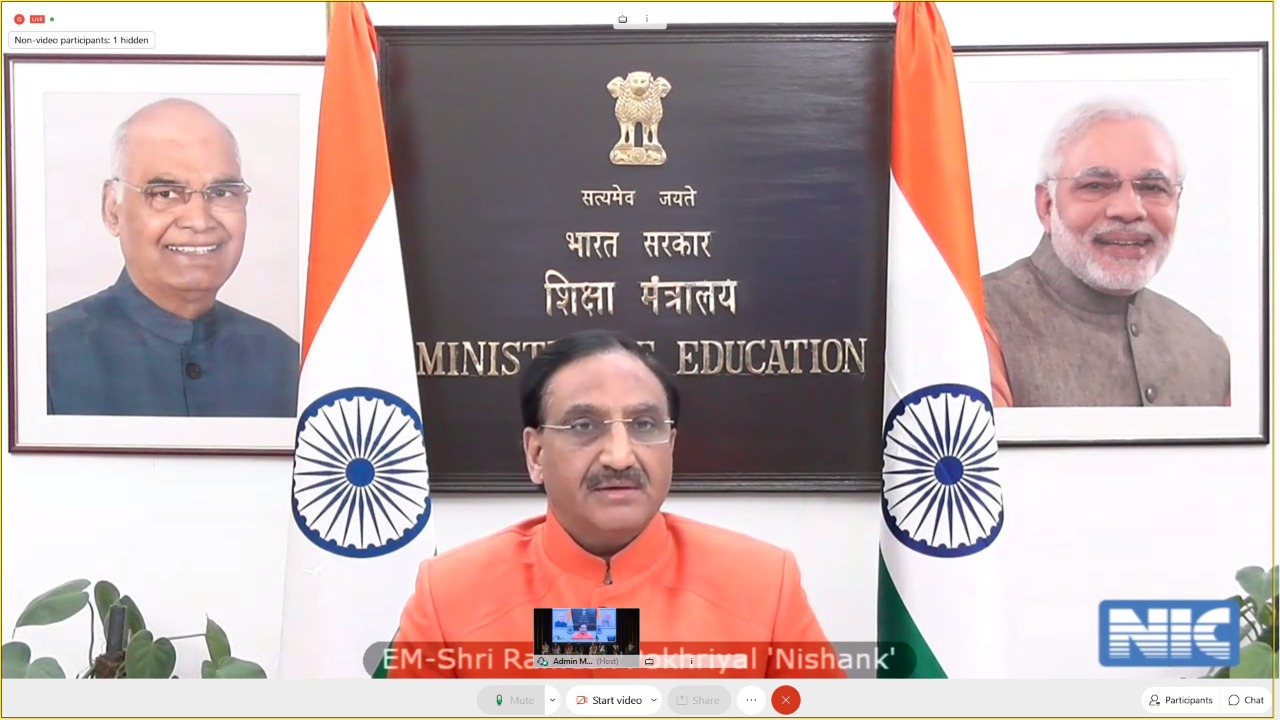 This award will be another in the list of many other national and international awards and honours conferred to the Minister for writing, poetry and other literary works. Shri Pokhriyal has earlier received several awards in the field of literature and administration including Sahitya Bharati Award by the then Prime Minister Shri Atal Bihari Vajpayee, Sahitya Gaurav Samman by Former President Dr. A.P.J. Abdul Kalam, Bharat Gaurav Samman, Good Governance Award by Dubai Government, outstanding Achievement Award by Global Organization of Person of Indian Origin by Mauritius, awarded in Ukraine in the area of environmental protection, among others. Shri Nishank is also honoured with “Himal Gaurav Samman” by Nepal.

The German version ‘nureinWunsch” of Shri Nishank’s story collection ‘Just a Desire’, is published in Afro Asian Institute, Hamburg. His ‘Sparsh Ganga’ initiative was included in Mauritius school curriculum. He is actively associated with various Social activities such as unique drive of `Swaran Ganga. Shri Pokhriyal has also organised Cultural Programmes worldwide as a Minister of Culture in Uttar Pradesh.

Shri Pokhriyal has an honorary doctoral degree, D.Litt in the field of literature by Graphic Era, Deemed to be University, Uttarakhand.

Shri Pokhriyal has penned more than 75 books on wide ranging issues, which have also been translated into many national and foreign languages. Under the able leadership of Prime Minister Shri Narendra Modi, the Minister has steered the National Education Policy through different processes, which has received worldwide acclaim.

Vatayan International Awards given by the Vatayan-UK organization in London, honours poets, writers and artists for their exemplary work in their respective fields. Earlier manyeminent personalities like Prasoon Joshi, Javed Akhtar have been awarded the Vatayan Awards for their literary contribution.