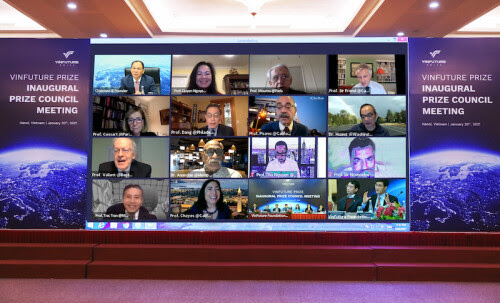 On January 20, 2021, the Inaugural Prize Council Meeting took place. It was agreed that nominations will be sought from all nations.

The nomination criteria have been developed and agreed upon by the Prize Council, which comprises 11 world-renowned scientists. There are nine key eligibility criteria for the Grand Prize and the three Special Prizes. There are further criteria for each prize category. 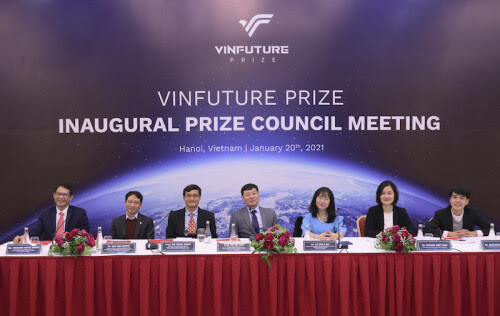 Members of VinFuture Prize Council and VinFuture Pre-screening Committee gathered in Viet Nam to agree on the nomination criteria.

In the context of the global vision for the VinFuture Foundation, the prizes will be awarded for fundamental advances in science and engineering that align with the 17 Sustainable Development Goals (SDGs) of the United Nations, including eradicating poverty and hunger, enhancing health and quality of life, promoting access to quality education, clean water, and renewable energy, reducing inequality or addressing climate change.

What makes the VinFuture Prize’s nomination criteria unique is the requirement for clear evidence of the impact on millions of people in the past or next ten years. Breakthroughs in science must result in positive impacts for humankind on a global scale. This is an integral criterion, consistent with the mission of “creating meaningful change in the everyday lives of millions of people by promoting breakthrough scientific research and technological innovations” that VinFuture has set forth.

The VinFuture Prize calls for nominations to be submitted by eligible nominators including recognised organisations such as universities, research institutes, national academies of sciences, networks, professional associations, technology and industrial corporates or businesses, incubators, as well as prominent individuals in relevant fields.

Prof. Sir Richard Henry Friend – Chair of the VinFuture Prize Council commented: “We need cooperation on a global scale to tackle the global challenges we now face, such as infectious diseases, public health and climate change. For these, we now recognise that science and technology must deliver benefits to all peoples and all nations. The VinFuture prizes will recognise those whose brilliant science or engineering can have positive impact on the lives of millions of people across the planet.”

Concurrent with the release of the nomination criteria, the VinFuture Prize has officially opened its call for nominations worldwide from February 3, 2021 to June 7, 2021.

VinFuture Foundation’s Founder, Mr. Pham Nhat Vuong — Chairman of Vingroup remarked: “Apart from recognising exceptional scientists worldwide, VinFuture wishes to promote and bring research work and inventions into life for the betterment of humankind. I hope that the VinFuture Prize can discover and recognise the most deserving scientists and inventors as well as projects that bring about great values to millions of people.”

The VinFuture Foundation and VinFuture Prize were introduced on December 20, 2020. As an annual global prize for science and technology, VinFuture Prize is one of the most valuable prizes to date with its total prize value of VND104.5 billion (equivalent to US$4.5 million).

Its VND70 billion Grand Prize (equivalent to US$3 million) will be awarded to those whose groundbreaking research and technological inventions are proven to possibly better the life of humankind and foster a sustainable living environment for future generations. Three special prizes, each at VND11.5 billion (equivalent to US$500,000) will be awarded to innovators from developing countries; female innovators and innovators with outstanding achievements in emerging fields.

The VinFuture Laureates are selected by an independent Prize Council – a global and diverse team of distinguished individuals from academia, research and industry, all of whom are globally renowned for their achievements and contribution in the field of science, technology and industry in advancing human progress.

On January 20, 2021, the Inaugural Prize Council Meeting took place. It was agreed that nominations will be sought from all nations, as set out in www.vinfutureprize.org.

After the meeting, there have been more than 200 scientists and professors from the recognised universities and research institutes from 20 countries of six continents showing their interest in becoming official nominators for the Prize.

The laureates will be announced in December 2021 and the official award ceremony will be held in Viet Nam in January 2022./.

Spices Board organizes a virtual BSM for the turmeric

Universität Freiburg: The joint meeting of the Senate and University Council on 9 February 2021 to be open to the university public