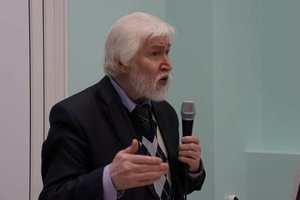 Now there is again a keen interest in the work of Saltykov-Shchedrin.
Are there many real natural satirists in the world literature? Yes, they were, of course, criticized, laughed, In antiquity – Aristophanes. Take French literature: the French are too light for satire, too French. German – you won’t remember anyone. The British, however, had a merciless Swift. And Saltykov said: “If the hand does not tremble with anger, I will drop the pen!” This is what they all lacked,- noted Vyacheslav Vasilievich Yakovlev.

Results of work with the Olonets National Municipal District

Studentship is a time of opportunities, creative ideas and open roads