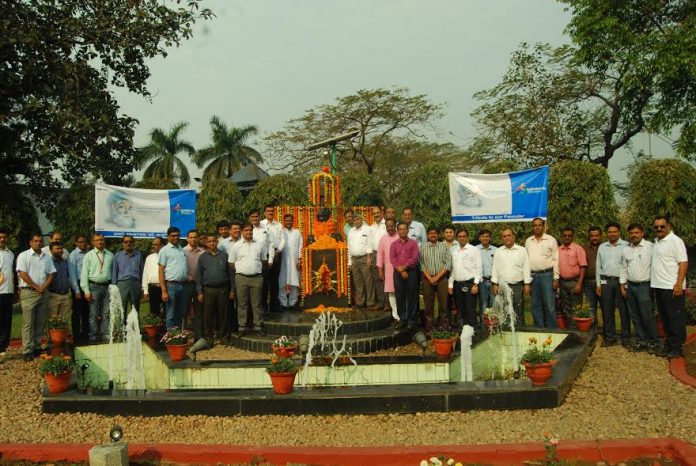 West Bokaro: West Bokaro division of Tata Steel celebrated the 178th birth anniversary of its Founder, Jamsetji Nusserwanji Tata with lots of fun and frolic today.
The celebrations started with a ‘Prabhat Pheri’ by hundreds of school children from various schools from West Bokaro along with employees of Tata Steel as a tribute to the founder. The rally started from Sports Complex and concluded at the Administrative building premises. At Administrative building premises, the employees and union officials led by Mr Sanak Ghosh, Chief, Quarry, AB paid homage to the founder by garlanding the bust of J N Tata.
In line with its founder JN Tata’s principle of making welfare of the communities the primary purpose of business, a health camp was organised by TSRDS at Birhore Tola village under Mandu block where more than 140 patients were provided consultation by doctors from TSRDS, West Bokaro unit. The patients were also provided with free medicines and pathological investigations.
At Tata Central Hospital, West Bokaro, the founder’s day was celebrated by distributing fruits and special meal to all its indoor patients. The celebrations at West Bokaro Division concluded with a friendly football match between the women’s team of West Bokaro feeder centre and Sirka village which was organised at Sports Complex, West Bokaro.
On the previous night, the employees paid homage to Sir Dorabji Tata by garlanding his bust near the Purchase office post which the lighted up JRD park was opened for the public by Mr Sanak Ghosh, Chief, Quarry, AB in the presence of officials of Tata Steel and Union representatives.