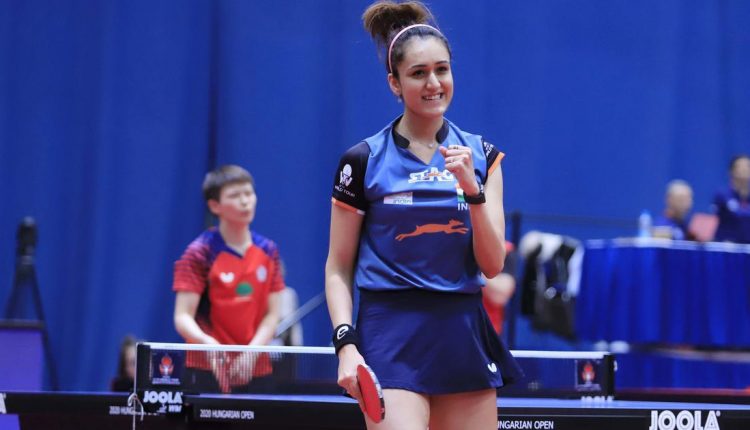 Indian table tennis star Manika Batra won a national tournament after returning to competition for the first time since the pandemic.

In the 82nd Senior National Table Tennis Championship final at Tau Devi Lal Sports Complex in Panchkula, she defeated Reeth Rishya 8-11, 10-12, 11-1, 11-9, 11-5, 11-6. After losing a hard fought two sets, she was able to turn the game around and win the match by coming from behind. However, this victory was even more difficult than it seems, and Telecomasia.net will tell you about the difficulties the athlete had to face.

Batra was in Pune, where her training center was located when the pandemic broke out last March and there was a lockdown in the country. The athlete had no way to train or at least set up a training table in her apartment. In April, the Ukrainian coach Oleg Filipenko and her sparring partner from Belarus, Kirill Barabanov, were supposed to come to her, but they had to change their plans. As a result, she only started working in July and at first, she was not coping well physically. She managed to  get in shape only by August last year, which means the table tennis player had to start from the beginning last summer. According to the athlete herself, Kirill Barabanov, who managed to arrive only in September, helped her to get ready because he has a very strong shot and works at a high tempo.

Manika didn’t have time to celebrate. Right after the finals, she went to Pune to prepare for the next competition. On February 28, Batra will take part in two WTT Contender events in Doha, Qatar. After that, the World and Asian qualifications for the Olympic Games in Tokyo will take place on March 14 and 18, also in Doha. Due to the pandemic, the tournament will be held this year instead of the previous one. The world No. 63 wants to approach qualifying as ready as possible. So the next month should be extremely busy for Batra. The 25-year-old wants to do her best in Tokyo, but her main goal is to win medals at the 2024 Olympic Games in Paris.