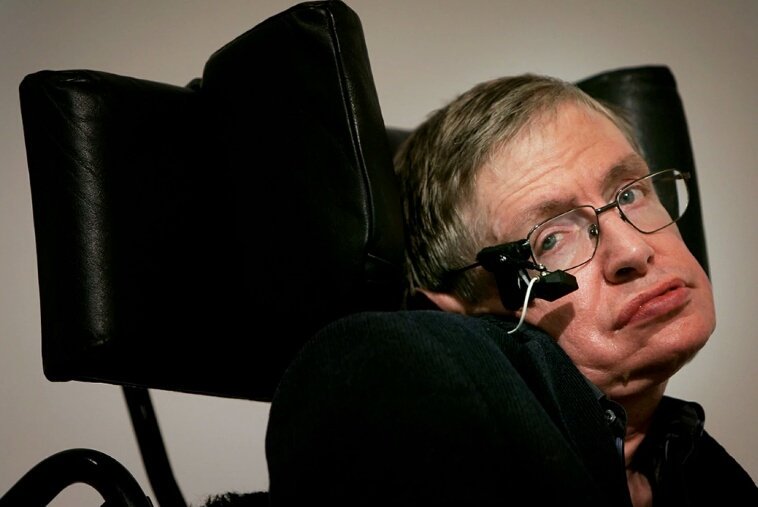 Hawking’s children, Lucy, Robert and Tim said in a statement: “We are deeply saddened that our beloved father passed away today. He was a great scientist and an extraordinary man whose work and legacy will live on for many years. His courage and persistence with his brilliance and humour inspired people across the world,”. He once said, ‘It would not be much of a universe if it wasn’t home to the people you love.’ We will miss him forever.

The best-known theoretical physicist of his time, Hawking wrote so lucidly of the mysteries of space, time and black holes that his book, “A Brief History of Time,” became an international best seller, making him one of science’s biggest celebrities since Albert Einstein.

Even though his body was attacked by amyotrophic lateral sclerosis, or ALS, when Hawking was 21, he stunned doctors by living with the normally fatal illness for more than 50 years. A severe attack of pneumonia in 1985 left him breathing through a tube, forcing him to communicate through an electronic voice synthesizer that gave him his distinctive robotic monotone.

But he continued his scientific work, appeared on television and married for a second time. As one of Isaac Newton’s successors as Lucasian Professor of Mathematics at Cambridge University, Hawking was involved in the search for the great goal of physics — a “unified theory.”

For Hawking, the search was almost a religious quest — he said finding a “theory of everything” would allow mankind to “know the mind of God”. A complete, consistent unified theory is only the first step: our goal is a complete understanding of the events around us, and of our own existence,” he wrote in “A Brief History of Time.

He followed up “A Brief History of Time” in 2001 with the more accessible sequel “The Universe in a Nutshell,” updating readers on concepts like super gravity, naked singularities and the possibility of an 11-dimensional universe.

Hawking said belief in a God who intervenes in the universe “to make sure the good guys win or get rewarded in the next life” was wishful thinking. “But one can’t help asking the question: Why does the universe exist?” he said in 1991. “I don’t know an operational way to give the question or the answer, if there is one, a meaning. But it bothers me.”

The combination of his best-selling book and his almost total disability — for a while he could use a few fingers, later he could only tighten the muscles on his face — made him one of science’s most recognizable faces.

He made cameo television appearances in “The Simpsons” and “Star Trek” and counted among his fans U2 guitarist The Edge, who attended a January 2002 celebration of Hawking’s 60th birthday.

His early life was chronicled in the 2014 film “The Theory of Everything,” with Eddie Redmayne winning the best actor Academy Award for his portrayal of the scientist. The film focused still more attention on Hawking’s remarkable achievements. Some colleagues credited that celebrity with generating new enthusiasm for science.

His achievements, and his longevity, also helped prove to many that even the most severe disabilities need not stop patients from living.