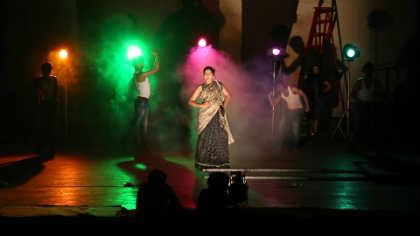 –        Over 330 entries from across the country competed for nominations

Bhubaneswar: The Mahindra Excellence in Theatre Awards (META), a weeklong national theatre festival and awards programme, has announced the list of nominations for its 13th edition. The ten nominated productions, representing a cross-section of India spanning diverse and wide-ranging subjects, will be showcased at the META Festival from April 13 to 18, 2018 at New Delhi’s Kamani Auditorium and Shri Ram Centre, where they will be performed for an esteemed panel of jury members and a discerning audience.

Each of the ten nominations expresses the cultural sensibilities of the region it comes from along with strong infusions of reinterpretations in classical and modern theatre. This year’s final 10 nominations feature plays in Assamese, Bengali, English, Hindi, Kannada, Malayalam and Manipuri as well as a non-verbal movement theatre production. The plays explore subjects as far and wide as gender identity through Indian mythology, the machinations of the entertainment industry in how they treat their female leads, folk literature from Bengal, the balance between the female (prakriti) and male (purusha) energies, the politics of religion and the religion of politics and its division of society, the brutality against women by Japanese imperialists during World War II, Greek tragedies reinterpreted, German philosophy revisited and last, but not the least, the flamboyant playing style of veteran Colombian goalkeeper, José René Higuita Zapata.

Promoted by the Mahindra Group as part of its cultural outreach and curated by Teamwork Arts, a pioneering entertainment company, META rewards and recognizes the best productions and performances, along with their makers and facilitators, providing a major boost to the indigenous theatre industry, with an aim to increase not just awareness but also appreciation of theatre in India. META, a must-do for theatre enthusiasts and professionals across the country, received over 330 entries this year, from more than 280 theatre groups across 22 states in India representing more than 20 official Indian languages and 10 regional dialects. After being viewed by a selection committee comprising eminent theatre personalities such as Bharati Achrekar, Chandradasan A, Swaroopa Ghose, Vikram Phukan, and Vivek Mansukhani, the ten productions that have been nominated for the Awards represent the best in Indian theatre staged across the country over the past year.

Jay Shah, Head, Cultural Outreach of Mahindra & Mahindra Ltd, said, “The productions at META have always been successful in bringing to life the complexities inherent in the subcontinent’s rich socio-cultural canvas. And, this edition of META is no different. We look forward to having theatre enthusiasts join us at the 13th META Festival to celebrate stagecraft in every aspect and explore the best of theatre from across the country.”

Talking about the selected entries, Sanjoy K. Roy, MD, Teamwork Arts & Festival Producer, said, “Theatre has always been a subtle but contemporary voice of reason in India and with META we get an insight into what is happening around the nation. Theatre has opened up doors for us to understand how the diversity and vibrancy of modern India works and this year is no exception. The plays in production this year might vary in their treatment and themes but as we have seen over the last few years, they manage to bring forth issues that really matter.”

One of the most comprehensive theatre awards in the country, META continues to celebrate various aspects of stagecraft and will award productions across specialized categories including Stage, Sound, Lighting and Costume Design apart from Best Production, Best Ensemble and Best Director. There are several new entrants as well as a few META veterans in the running for the awards this year.

Indian Ensemble (Muktidham) with Director Abhishek Majumdar, who won the 2013 META Best Production for Gasha and was also nominated at the 2015 META for Kaumudi, mark their third appearance at the META Festival. Remembrance Theatre Group (Higuita – The Goalie’s Anxiety at the Penalty Kick) with Director Sasidharan Naduvil were also previously nominated at the 2016 META for The Balcony and awarded the Best Costume Design Award; the group also won at the 2013 META for The Old Man and the Sea which went on to win the META for Best Stage Design.

For full list of nominations, please visit www.metawards.com. The full schedule and jury for the META Festival will be announced soon.

University of Exeter: Research breakthrough in understanding how neural systems…

iednewsdesk Apr 15, 2021
A potential treatment for dementia and epilepsy which would reduce the amounts of a toxic gas in the brain has…

University of Exeter: Research breakthrough in understanding how…

University of Bristol: Ancient pottery reveals the first evidence for…

Texas A&M: Behind The Scenes Of Developing A Vaccine Scheduling…