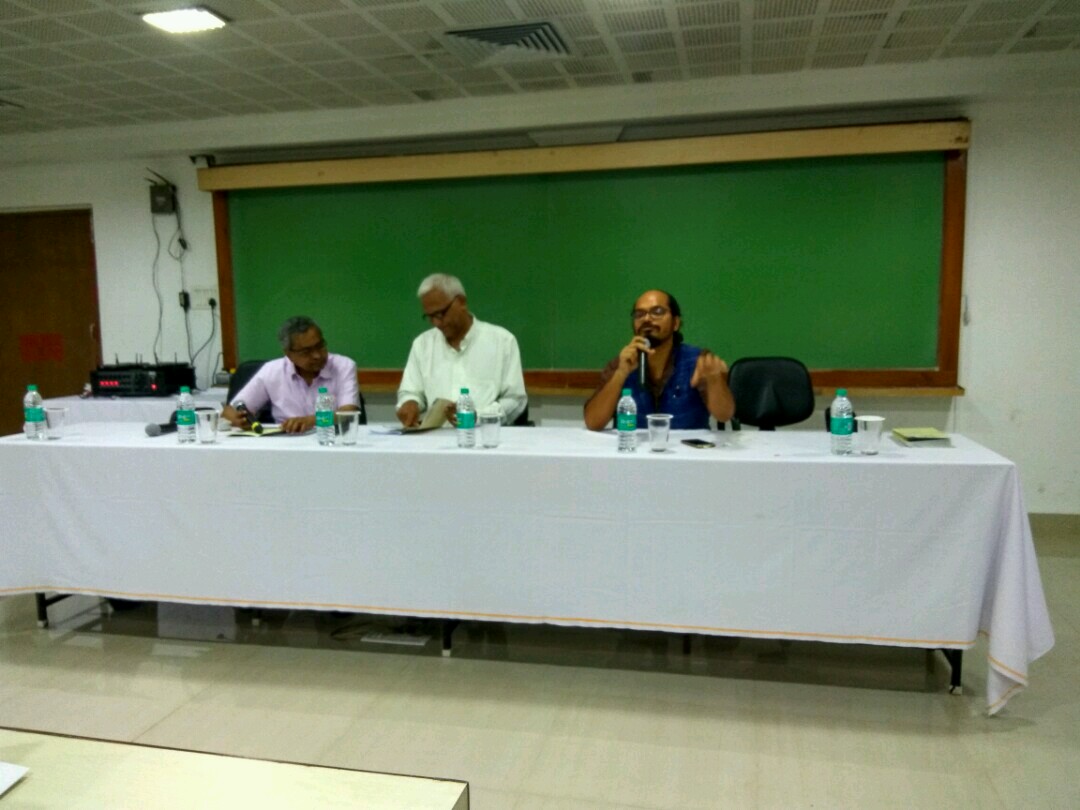 Bhubaneswar: The students community of Xavier University & Xavier School of Communications (XCOMM) in collaboration with writers, academics, artists, musicians and filmmakers from across the country is organising a three-day programme “Vikalp: Celebrating Diversity & Plurality” on 17th, 18th and 19th November 2017 at the Xavier University, Auditorium, Jatni.

Addressing the media at the pre-press meet of the festival at Xavier Institute of Management (XIMB) auditorium here on Tuesday, the vice-chancellor of XIMB Fr. Paul Fernandez, dean of XUB media school, Fr. Lourduraj and XUB Strategic Advisory Board Member Subrat Beura briefed the media about various aspects of the programme.

The event is open to all. We invite people from all walks of life, specifically students and youth to come, participate and critically engage in alternate thinking of what distinguishes a culture of freedom from a culture of oppression.

The programme is all about songs, stories and conversations, which have been an integral part of both human life and history. Vikalp emphasizes on how songs and stories have had scant regard for borders and boundaries and how they travel across time and space. The event aims to showcase songs and stories that go beyond the given, seeking the unknown. The world of songs and stories is not one of neatly ordered certainties and categories; their truth is at the inclusion of feelings and sensibility, desires and dreams, hopes and aspirations.

Launched last year, the festival aims to engage with the youth on topics of critical issues that permeates culture, politics, aesthetics, cinema and performing arts. The curatorial effort is to showcase peripheral artforms and practices and build a discerning audience through thoughtful programming. Last year, the key theme was A K Ramanujan’s “Three Hundred Ramayanas: Five examples and three thoughts on translation”, one of India’s finest poet, scholar and teacher.

At Vikalp 2017, we are focussing on MK Gandhi’s “Hind Swaraj” written in 1909, the issues emanating from the book and reflecting on how to remain nonviolent while resisting violence, the sessions are planned to engage with the ideas from “Hind Swaraj.”

The festival opens with the keynote session “How do we read Hind Swaraj in today’s times?” by Professor Apoorvanand Jha of Delhi University. There are talks scheduled with leading scholars, artists and activists on the themes of history, resisting violence without being violent, by Prof. Ram Punyani, film maker Rahul Roy, activists Nigamananda Sarangi, Saroje Mohanty and others.

A film screening of “The Factory” followed by a discussion with the director Rahul Roy is scheduled on day two. The film traces the monumental struggle of Indian Auto Workers of Maruti Suzuki, Manesar their historic fight to form a union & the violent repression they faced at the hands of a State-Corporate Labor Regime. The film focuses on the three year criminal prosecution of hundreds of workers which exposed a widespread system of injustice, protecting the profits of the Global Auto Industry.

Ankit Chadha will share his new work on Gandhi, emanating from his studies at Sabarmati, he will also perform a daastan onpastoralists and the challenge to their traditional way of life. An indigo dyeing workshop with Brij Ballav Udaiwal,national award winner, a fifth generation rangrez, will explore the connections of the champaran satyagraha, the current challenges to traditional artistans, the history and political economy of indigo, the workshop will enable students to work with their hands, explore the process of creating beautiful fabrics dyed with natural organic Indigo.

Theatre workshop led by Sandeep Shikhar and Chanakya Vyas from Indian Ensemble, a leading theatre group, from Bangalore, will work with students to explore the world within themselves based on the external world, using exercises and techniques from the world of theatre. Ranjana Dave, an Odissi dancer will work with students of XUB and present her work on the evening of the second day.