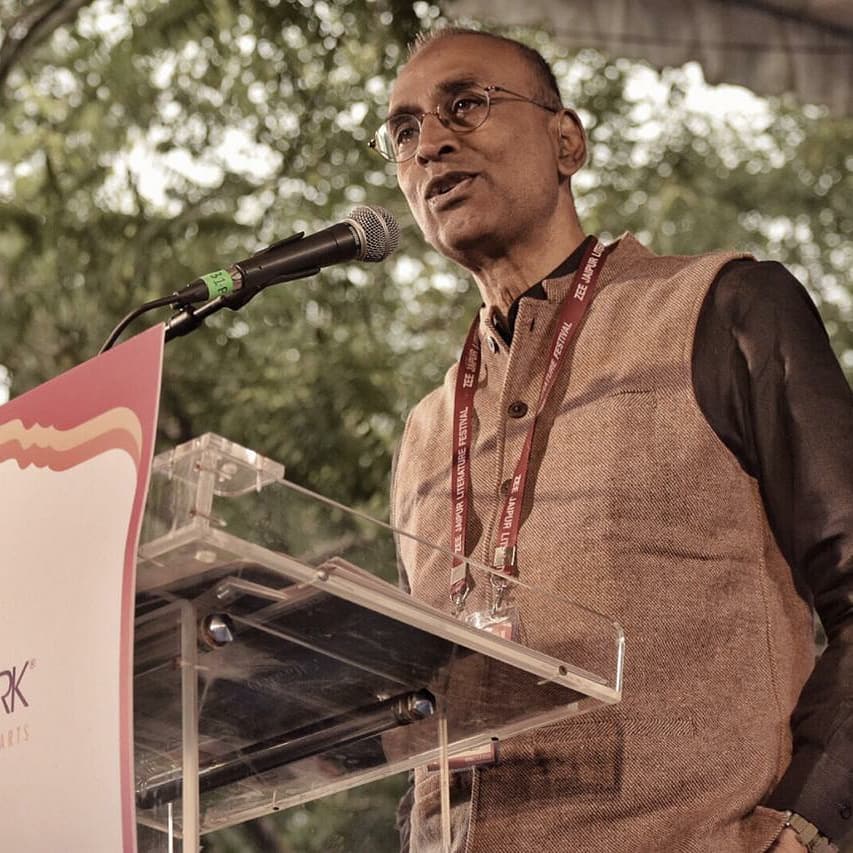 It is a great honour to be asked to give this talk. I have long been a scientist and have now written my first book for the general reader, although whether it falls into the fiction or non-fiction category will be a matter of debate. Being here today gives me an opportunity to talk across the divide between the humanities and sciences that have plagued many societies for a very long time, and since long before CP Snow wrote his essay about the two cultures. Even today, you can imagine the scene at a party, where I am asked what I do. “I’m a scientist.” I can already see the first sign of panic and disengagement. “What kind?” they ask politely. “I’m a molecular biologist. I study how information in our genes is used to make proteins.” “Oh, that sounds fascinating and terribly clever. I’m afraid I was never very good at science or maths. I know nothing at all about it!” The conversation quickly moves on to the latest novel they’ve read or concert they’ve attended. Now imagine the reverse. Suppose I had said, “Oh I really know nothing about literature or arts or music.” The same people who proudly proclaim their ignorance about science and maths would consider me an uncivilized boor.

In fact, all of us should enjoy science and mathematics, which are as much a triumph of human achievement and part of our culture as history, literature, art and music. To see this, just imagine if you were able to travel just 200 years back and explain to the smartest people of the time that we knew how hereditary information was coded in molecules, how species evolved, how antibiotics could cure long standing diseases, details of how the universe began, and how things at the atomic level are incredibly counter-intuitive but that as a result we are able not only to talk to people on a different continent but actually see them while doing so. They would be in awe of us and think we were magicians.
Art, literature and science are all ways of capturing essential truths about the world, but science has some distinctive aspects encapsulated in the Royal Society’s motto is Nullius in verba, or “On nobody’s word.” In science, it does not matter who you are or where something is written, but an idea is accepted because it is testable by experiments that can be reproduced by anyone anywhere in the world with the required training and expertise.
This aspect of science took root as a result of the enlightenment in Europe and the freedom it forstered to think and speak out against authority. The resulting explosion of knowledge and the industrial revolution meant that Europe quickly overtook China and India, which had dominated the world’s GDP for centuries. Those who ascribe the wealth of Europe to colonization might consider the fact that Sweden, Switzerland and Germany, which were among the richest countries in Europe, had essentially no colonies. On the other hand, countries like Portugal or Spain that were not scientifically advanced were not well off despite their large colonies. It was objective scientific and technical knowledge that created wealth and does so even today. Even today, countries that are resource poor, but knowledge rich do very well, e.g. Switzerland or Singapore, whereas countries that are resource rich and knowledge poor are not economically very well off. Knowledge does not just lead to economic prosperity. It also has consequences for our well-being. Life expectancy hardly changed for centuries until about 1800, but in the last century alone has doubled due to advances in science and medicine.
Today, science is more important than ever. We live in a world in which science and technology are ubiquitous. Decisions are constantly made by governments, corporations, educators and others that affect us in profound ways. Can we use energy as we do in the modern world without risking destruction of the environment? Can we feed a growing global population? Should we change a person’s genetic make-up to prevent or cure disease? How do we keep our privacy and security in an increasingly digital world? We also need to recognize when people use scientific language to propagate nonsense without any proper evidence. When faced with these issues, we as citizens should be able to ask, how good is the evidence and how valid is the underlying science? How are we to judge the reliability of science itself? In an era of fake news, where even the existence of objective truth is questioned, there is much at stake. Science, with its insistence on evidence-based facts, offers a counter to some of the threats today. And we scientists must do better to help bridge the divide between the two cultures.
Science is simply the systematic accumulation of knowledge based on evidence. In fact, we are all born scientists, and as children are intensely curious about the world around us. We constantly making deductions based on data. Even learning language, while innate, involves slowly recognizing patterns from a jumble of noise, and generalizing meanings and rules from them. But somewhere along the way, many of us are turned off. We start taking the mysteries of nature and the marvels of technology for granted and we lose that innate curiosity. Part of the fault lies with the way we teach science and the difficulty many scientists find in communicating their findings in a language that is universally understood.
Much of what I have said may perhaps sound a little utilitarian, but science and the pursuit of knowledge is also a thing of beauty. Poets and artists have often reflected on the beauty of the night sky but the images of space from the Hubble Telescope speak for themselves. The double-helical structure of DNA, the molecule that encodes our genes, has a beautiful simplicity. And there is beauty and wonder right down to the atomic and subatomic level of matter.
At the same time, we scientists must not forget the human, emotional and social side of our nature. and that there are other ways of looking at the world. We need to be aware of history and its lessons. Art and music move us in deep and unpredictable ways. So we have much to learn from the humanities and the arts. Festivals such as this, which bring writers and thinkers from all parts of human culture will foster a great mingling of ideas and all of us will be richer for it. I hope you all have a rewarding and productive time here.
Thank you.

University of Florida: UF/IFAS researchers will use AI to assess livestock mobility