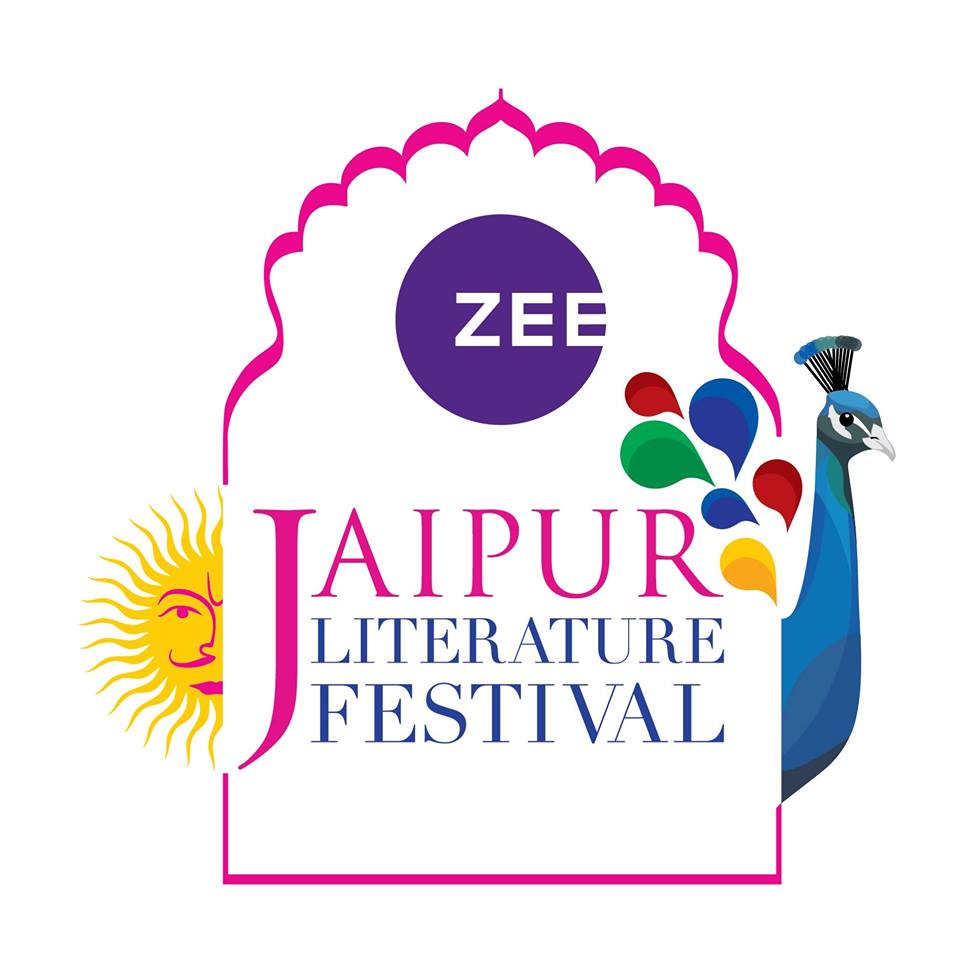 Speakers announced – The annual ZEE Jaipur Literature Festival announced its second list of speakers at a preview event at the iconic Royal Opera House in Mumbai today.
Festival Dates – Set to take place 25-29 January 2018, the ‘greatest literary show on Earth’ returns to the historic Diggi Palace Hotel in Jaipur for its 11th edition.
Festival Curtain Raiser – This evening’s programme was held in partnership with Avid Learning. The second tranche of speakers featured diverse and acclaimed voices from across India and the world, a hallmark of the Festival.

Also known as the ‘Kumbh Mela of literature’, the Festival has transformed into a global phenomenon, having hosted nearly 2000 speakers and welcomed over a million booklovers over the past decade. This year, the Festival will host over 250 writers, thinkers, politicians, journalists and popular cultural icons from over 35 nationalities, spanning over 15 Indian and 20 international languages as well as those representing major awards such as the Nobel Prize, the Man Booker, the Pulitzer Prize, the Padma Vibhusan and the Sahitya Akademi Award.

A number of Mumbai-based speakers were featured in the second list, including bestselling novelist Amish who will discuss his reinterpretations of ancient mythology, including the enigmatic Sita and the complex divinity in Ram, at the 2018 edition of the Festival; Ashwin Sanghi, whose work straddles history, philosophy, fantasy and science will shed light on his new book Keepers of the Kalchakra; the legendary Javed Akhtar and Shabana Azmi will discuss their poetic heritage through their respective fathers, Jan Nisar Akhtar and Kaifi Azmi, in a session on the traditions of Urdu literature; author Kiran Nagarkar will speak about the ceaselessness of languages and the art of crisscrossing cultural and linguistic landscapes; actress Soha Ali Khan will reveal all about her disarmingly frank memoir; and director, writer, producer and actor Anurag Kashyap will speak on his cinematic sensibility and consciousness.

As expected, international literary stalwarts will also speak at the Festival. Young readers are set for a treat with the unparalleled Anthony Horowitz, creator of the multi-million selling Alex Rider series, and the refreshing Julia Donaldson whose modern classics, The Gruffalo and The Gruffalo’s Child, have taken countless children on a splendid journey. The brilliant theoretical physicist Lisa Randall will also feature as part of the programming with a fascinating discussion that challenges the stereotypes of gender; historian, Harvard professor and author of The Dawn Watch: Joseph Conrad in a Global World, Maya Jasanoff, discusses the journey of one of the most riveting figures in literary history; writers and journalists such as Peter Bergen, the author of Manhunt, one of the few to have interviewed Osama bin Laden and the first journalist to gain access into Abbottabad as well as Suki Kim, the only writer ever to have lived undercover in North Korea and the author of New York Times bestselling literary nonfiction Without You, There Is No Us: Undercover Among the Sons of North Korea’s Elite.
The list also features a number of names from the world of Indian literature, culture and media. Makarand Paranjape will discuss ritual and identity in a dizzyingly pluralistic world; film-maker Mira Nair will speak of her incredible cross-cultural journey as well as the rigours of adapting the novel into a dynamic screenplay; journalist Rajdeep Sardesai discusses his recent book on cricket; new age archivist Rohan Murty, who with his visionary The Murty Classical Library, attempts to make India’s magnificent literary legacy accessible to the world; poet Tishani Doshi discusses her latest anthology, Girls are Coming out of the Woods; and Kannada author and playwright Vivek Shanbhag explores the diverse range of regional Indian literature.

For the first time, the ZEE Jaipur Literature Festival kicked off its preview tour in Mumbai, bringing together Festival Co-Directors Namita Gokhale and William Dalrymple and Producer Sanjoy K. Roy as they walked down memory lane and gave the audience a glimpse of the making of the world’s largest free literature festival. It was followed by a reading from Dalrymple’s The White Mughals with renditions by vocalist Vidya Shah. Guests were mesmerised as Dalrymple read from a section on the celebrated and tragic love story of James Achilles Kirkpatrick, an 18th century British resident to the Hyderabadi court, and noblewoman Khair-un-Nissa. Shah juxtaposed his powerful narration with hypnotic music from the Hyderabadi court of that time and the poetry of the great courtesan Mah Laqa Bai Chanda. A preview event in Delhi is set to take place on 12th December.

As in previous years, the forthcoming edition of the Festival will collaborate with major Indian and global brands in order to envisage and curate a vast canvas of ideas in programming for discerning audiences and followers. Apart from ZEE, the title partner, and Cox & Kings, venue partner, continuing to share the Festival’s inclusive vision, Rajasthan Tourism once again supports the Festival and helps bring alive the state’s magnificent heritage. Dr. Rajen Kilachand of the Dubai-based Dodsal Group collaborates with the Festival for the very first time this year.

The Getty Foundation, the British Council, the Aga Khan Foundation and Nordic countries too have come together to support and strengthen the Festival. Harvard University Press, The Murty Classical Library, Westland, Kindle Direct Publishing, Avid Learning and Kingfisher (as Good Times Partner) have also partnered with the Festival.

“We take immense pride in being an integral part of the world’s largest free literary festival. It is heartening to see the overwhelming support the ZEE Jaipur Literature Festival receives from all quarters, the Government, the authors, corporate sponsors and last but not least, the audience that inspires us to do our best year after year. Cultural philanthropy will be a focus for us at ZEE going forward, as we recognise the need for public-private partnerships to revive and propagate the arts,” said Shreyasi Goenka, Content Adviser, DNA.

Speaking on the occasion, author and Festival Co-Director Namita Gokhale said, “I have had a long personal association with Mumbai, and I am thrilled and delighted to be here for the ZEE Jaipur Literature Festival curtain raiser in this brilliant, beautiful city with its vibrant tradition of creativity and culture spanning film and theatre, literature and the arts.”

In line with the Festival’s core values to serve as a democratic, non-aligned platform offering free and fair access, entry is free and open to all.
Attendees also have the choice to purchase Festival Delegate Packages, which offer a special experience of the Festival and will take them on a compelling cultural journey. A Festival Delegate pass guarantees access to the Delegate Lounge, dedicated sessions, free entry to world music performances at the Music Stage, invitations to cultural evenings at heritage venues like the majestic Amber Fort and the Hawa Mahal, official Festival merchandise, lunches and dinners with authors and fellow delegates, a cocktail evening and much more.

CBSE should collaborate with private publishers to improve quality of education