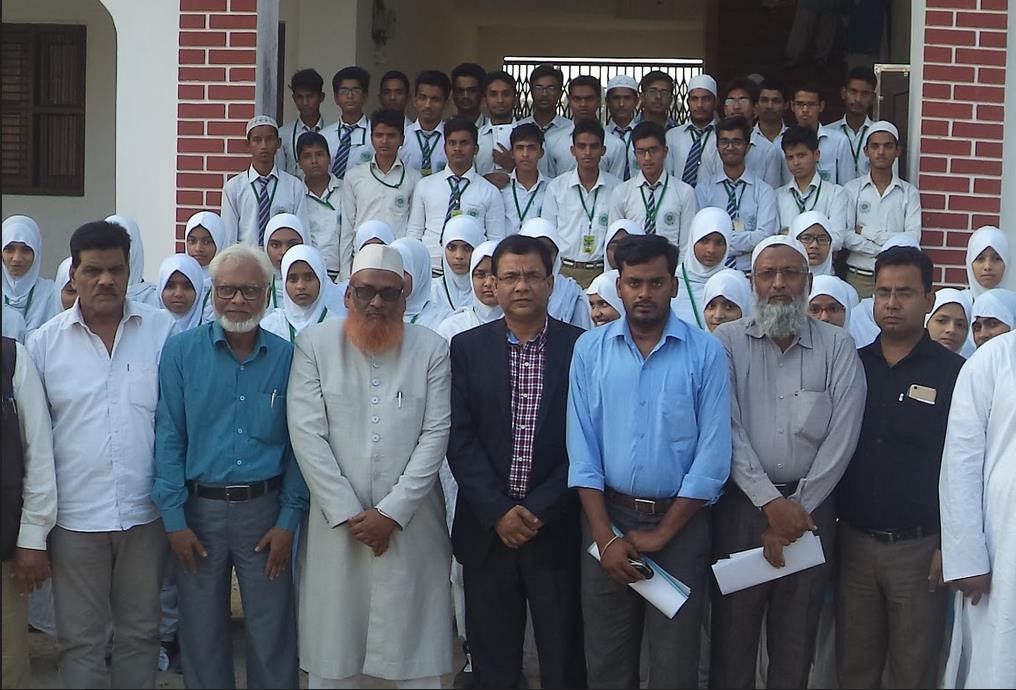 Foster City: To mark the bicentenary year of Sir Syed Ahmad Khan, Aligarh Education Endowment (WWW.AEEF.US) recently distributed scholarships to meritorious and financially weak students from Hira Public School in Ambedkar Nagar district of Uttar Pradesh and several other academic institutions. The award ceremony was organized at Hira Public School.
AEEF is a USA based charitable organization founded by AMU alumni and well-wishers in 2005 as a non-profit, secular, non-partisan, and non-political organization to serve the educational needs of the underprivileged communities in India.
It started scholarships and other programs in 2010 to help young students reach their full potential through education. The scholarship program is generously supported by alumni of Aligarh Muslim University, their friends and private foundations.
The recipients of the scholarships were chosen after a selection process that drew applicants from various academic institutions. The scholarships ranging from Rs. 5,500 to Rs. 12,000 per annum are given to each student depending on their financial needs and academic performance in schools.
The selection criteria included academic achievement, financial need, and an interview by AEEF facilitator and other team members. Approximately Rs 6.5 lakhs were disbursed to 80 students for the academic year 2017-2018.

AEEF Scholarship recipients at Hira Public School, Hanswar, Ambedkar Nagar (UP)
“Education has always been one of the core objectives of AEEF for all those bright boys and girls who cannot otherwise afford a decent education on their own and it is the first step towards empowerment,” said Umar Farooq, president of AEEF.
Ms. Saba Kaleem, AEEF coordinator for Faizabad/Ambedkar Nagar region participated in the program through Skype from Australia. She thanked all the benefactors for their commitment to support the education of bright and needy students and school managements for their help with scholarship distribution process. She emphasized the need for hard work to achieve success in education endeavors.
“Through the scholarships, AEEF aims to help bright and motivated students, overcome one of the biggest challenges to their careers – the cost of education”, said Shaheer Khan, secretary of AEEF.

Group of AEEF Scholarship recipients at Hira Public School interacting with
Guest of Honor Er. Afzal Usmani
Er. Afzal Usmani, representing AEEF was the Guest of Honor of the program. “Be friends with books and they will never betray you, books can prove to be your loyal friends in hard times” said Afzal Usmani. He advised students to refrain themselves from excessive use of mobile phones and social media but instead focus on their studies to make bright future for themselves and their families.
The award ceremony was presided over by the District Income Tax Officer, Mr. Anwarullah. He stressed that scholarship money shall be utilized in the best ways and motivated students to work hard and excel in academics.
Manager of the school Kaleem Ullah Khan welcomed the guests and thanked them for their time and valuable advice to the students.
Several students who received scholarships thanked AEEF for this noble work.