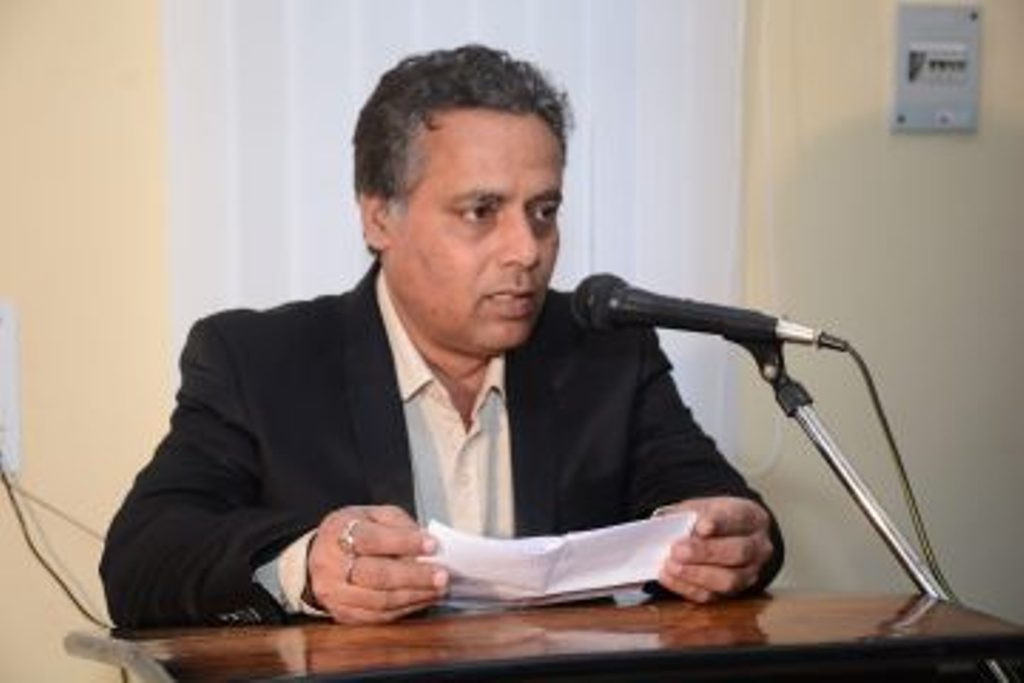 Aligarh: The University Grants Commission National Eligibility Test (UGC NET) is one of the challenging competitive tests in the country, and cracking it is not a cakewalk. Many candidates spend years preparing to clear it. But, it looks incredible to the mind and eye that Aligarh Muslim University (AMU) alumnus, Dr Sandeep Shandily, was the first person in the country to qualify UGC NET in six different subjects.

He holds the distinction of a NET qualifier in an array of subjects like the Management, Commerce, Economics, Population Studies, HRM and Education and UPSLET in Commerce.

Qualifying NET in six different subjects should have made him a story of grit, motivation and inspiration for others. But, it is lamentable that Dr Sandeep, who remains an unsung hero, still sits puzzled about why his record never came to the public eye.

Surprisingly, earlier in the month, a news dispatch reported a story of a Kanpur resident making a record by qualifying NET six times. A record accomplished long time ago by Dr Sandeep.

On being asked, if he had lost hope, Dr Sandeep said: “I still do not wobble in my path. My courage has been born out of despair. Even if the world fails to recognise my accomplishments, my alma mater, teachers and parents stand by my side.”

“I feel contentment by guiding AMU students in their endeavours. After all, AMU is just not an alma mater to me, it is a temple of learning which provided me with higher education,” said Dr Sandeep.

He added that it is imperative for him to live with the inquisitiveness for knowledge and its dissipation.

“I like to provide students with an effective study plan for competitive exams and help them with ways to handle the situation by staying positive and motivated,” said Dr Sandeep.

He has developed techniques to solve complicated mathematical and reasoning problems that appear regularly in competitive exams.

After earning a Bachelor degree in Mechanical Engineering from AMU, Dr Sandeep went on to pursue a Masters of Finance and Control (MFC) from AMU. He later completed two Phds, one in commerce from Jamia Millia Islamia, New Delhi and the other in economics from Dr BR Ambedkar University, Agra.

He also holds M Com, MA (Economics), MADE, PGDHE, PGDDE, PGDIBO and CIC qualifications and has a splendid experience of 23 years in teaching at AITM (Aligarh), DS College (Aligarh), Government PG College (Fatehabad) and at a private university in Aligarh.