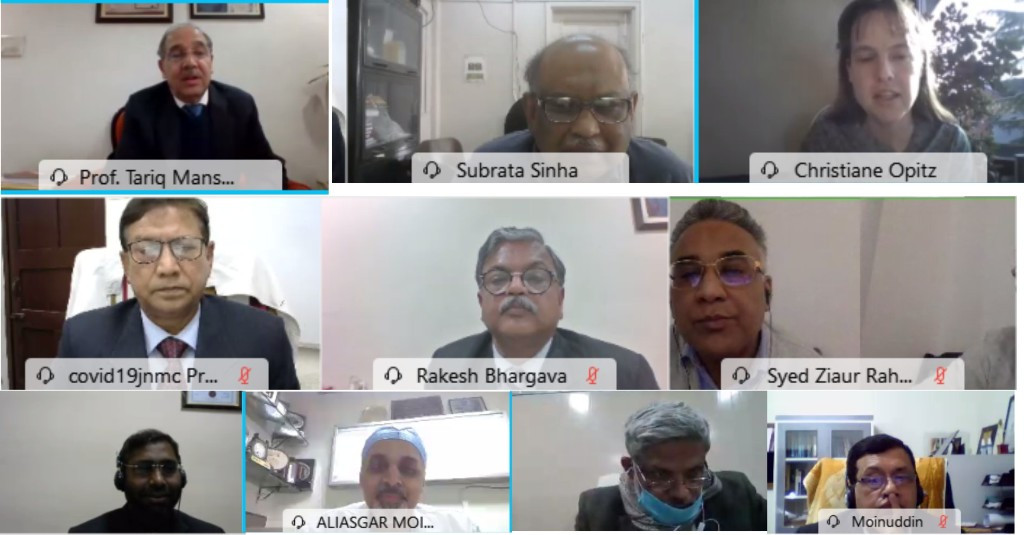 “Medical experts are committed for an early detection of cancers, but how to achieve this goal, remains an issue,” said AMU Vice Chancellor Prof Tariq Mansoor.

Speaking as the Chief Guest in the inaugural function of the online conference, the Vice Chancellor pointed out that early diagnosis of cancer focuses on detecting symptomatic patients as early as possible so they have the best chance for successful treatment.

“When cancer care is delayed or inaccessible there is a lower chance of survival, greater problems associated with treatment and higher costs of care,” he added.

Prof Mansoor further said that a medical article he read suggested that cancer cases have dropped in United States of America (USA).

“Facts and Figures in the article suggested a drop in cancer mortality. The death rate from cancer has seen a 2.2% drop from 2016 to 2017, according to annual statistics reporting from the American Cancer Society,” said the Vice Chancellor adding that it can be due to people quitting smoking and other reasons.

He stressed the need of affordable and accessible cancer treatments for cancer mortality rates to fall in the country. The diagnosis and treatment of cancer should not ruin the patients financially.

Emphasising the importance of cancer registries, Prof Mansoor pointed out that there is a need to collect accurate and complete cancer data that can be used for cancer control and epidemiological research, public health program planning, and patient care improvement.

Ultimately, all of these activities reduce the burden of cancer, said the Vice Chancellor.

Elaborating the fear of surgery in patients, Prof Mansoor elaborated that a pain-free anticancer therapy with safe drugs to eliminate the need for surgery or radiation therapy is required.

The Guest of Honour, Prof Subrata Sinha (AIIMS, New Delhi) emphasised that the medical sciences have only reached at the threshold of some discoveries to cure cancers. Researchers are trying to genetically engineer stem cells to produce cancer-killing molecules.

Prof Shahid Ali Siddiqui (Principal, JNMC), who was also the patron of the conference spoke on the risk factors associated with brain tumours such as age of the patients, family history, chemical exposure, exposure to radiation among others reasons.

In the welcome address, Prof Asif Ali (Organising Chairman of the Conference) said that the since its inception, the Interdisciplinary Brain Research Centre has been promoting fundamental and advance research in various disciplines of neurosciences, unravelling the molecular mechanisms behind neuronal alterations responsible for Neurodegenerative and Neuro-Oncological disorders, working on interdisciplinary approaches for treatment of Neurodegenerative and Neuro-Oncological disorders and developing biomarkers for early detection and identification of disorders and diseases.

Dr Mehdi Hayat Shahi (Organising Secretary of the Conference) conducted the inaugural function and extended the vote of thanks.