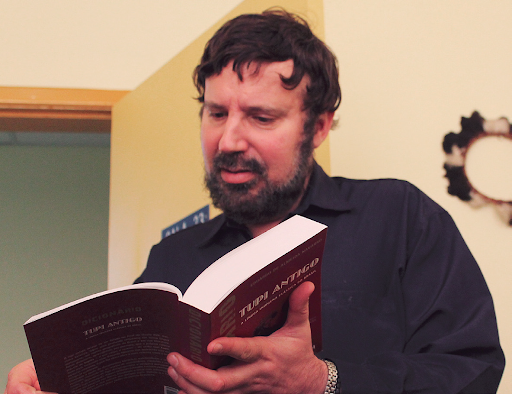 Book tells the story of the last Portuguese speakers in India

In 2005, Professor Eduardo de Almeida Navarro, from the Literature course at the Faculty of Philosophy, Letters and Human Sciences (FFLCH) at USP, traveled to the Indian state of Goa to conduct a postdoctoral research at the Xavier Center of Historical Research.

Fascinated by the remnants of the Portuguese presence in the region, especially the language, he decided to undertake a series of interviews with Portuguese speakers, a project that was extended to the cities of Damão and Diu. Between June and August 2005, with a second season in January 2008, he spoke with Indians fluent in Portuguese of the most varied profiles, in search of an overview of the remains of Lusitanian India.

The result of this work is the book Os orphans of Portugal , which has just won a new digital edition for Amazon’s Kindle e-reader. Published in physical format in 2013 (out of print), the e-book features interviews with Christians, Hindus, Muslims, lawyers, housewives, engineers, priests, young and old. These are reports in which nostalgia and melancholy combine in a complex relationship with the old metropolis.

“I named the book Os Órfãos de Portugal (The Orphans of Portugal) because what is most observed is this feeling of orphanhood and nostalgia in relation to the loss of Portuguese culture, of the Portuguese language”, comments Navarro.