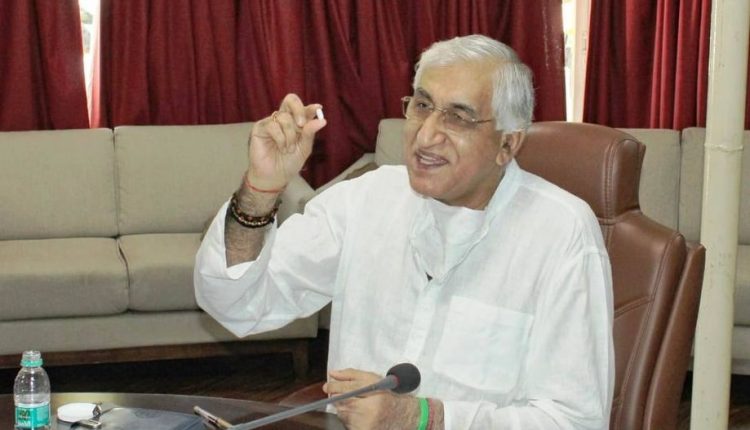 Raipur: Minister of Public Health and Family Welfare Shri T. S. Singhadev today launched a collective medicine consumption campaign to prevent fileria in four districts of Raipur, Balaudabazar-Bhatapara, Gariyaband and Raigarh. The Health Minister made people aware of this by taking fileria medicine himself in a virtual program held at his Government Residence Office in Raipur. From 19 July to 24 July, DEC medicine to prevent fileria in four districts as well as province Children and teens aged one year to 19 years will be consumed with albendajole.
Health Minister Mr. Singhdev launched a collective medicine consumption campaign, saying that people should be encouraged to provide medicines to prevent filaria as well as to consume it. The time people receive this medicine, they should try to consume it. With this kind of awareness we will succeed in making the state fileria free. He said that prevention from Filaria is the most effective solution for its eradication. For this, everyone must take medicine.
The target is to feed a total of 72 lakh 59 thousand 263 people from Raipur, Balaudabazar-Bhatapara, Gariyaband and Raigarh under the National Fileria Abolition Program. 28 lakh 43 thousand 325 in Raipur district between 19 July to 24 July under the Collective Medicine Consumption Campaign, 16 lakh 65 thousand in Balaudabazar-Bhatapara, in Gariyaband Six lakh 96 thousand 916 and 17 lakh 53 thousands 921 people in Raigarh will be consumed with DEC medicine. This medicine will be fed to all people over two years under the campaign. Along with the collective drug consumption activity, all the patients of Hydrocele are also aimed to be declared a hydrocele free district by operation. A total of 5657 patients of hydrocel and 5017 patients of Lymphedema have been listed in the state.
Today on the first day of the campaign, the registered children and the locals in the courtyard of these four districts were made to consume medicine. Mitanine and Anganwadi workers will feed those who could not take medicine today by reaching door to door in the next three days. People left out of taking medicines will be made to consume the medicine under the mop-up round on July 23 and 24 Stickers will be paddled on the walls of all houses to ensure drug consumption and monitored by supervisors.