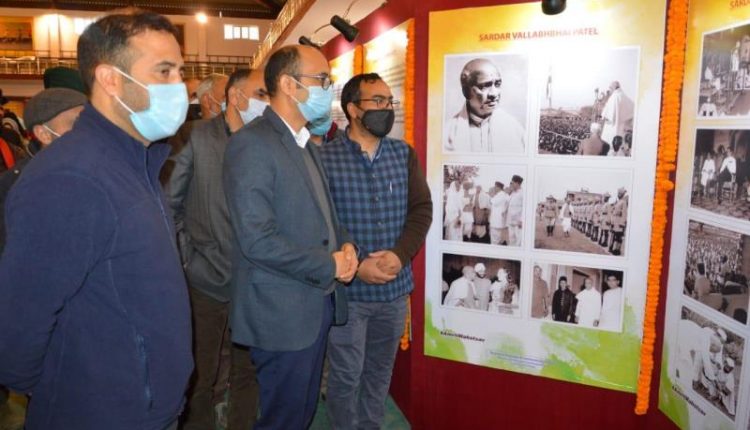 Through the photo exhibition, several aspects of indian freedom struggle were highlighted with special focus on the contributions of some famous historical personalities including Gandhi, Patel etc. A special commemorative session on the famous Dandi March was also organised at the event.

Speaking on the occasion, the DC complimented the organisers and said that a series of commemorative events having historical and cultural significance are being organised with an aim to familarize our younger generation about our freedom ideals and heroes and to instill a sense of patriotism among them.

He paid rich tribute to these ideals and said that it should be the resolve and commitment of everyone to contribute towards nation building adding that such events should enthuse our will towards such pursuits.

Seminar on ‘Women in Leadership: Problems and Prospects’ held at GDC Kokernag