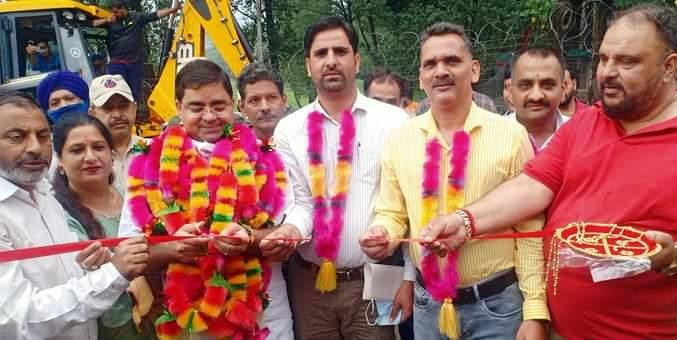 Speaking at the foundation laying event, the Chairman Municipal Council, Mohd Arif informed that this project would be completed at an estimated cost of Rs 19.76 lakh and it is purely self-financed under the Self Financing scheme of Municipal Council Rajouri.

“The land for the project has been provided by the council and after providing connection to the café, it would be outsourced as per the guidelines of the urban local bodies,” he added.

Setting up of NARCL a landmark development, signifies…

Pace of change in digital era will accelerate economic…

He also said there is a long demand of the public for the construction of a passenger shed in this area which has been fulfilled today.

After laying the foundation stone, the DDC said that the Municipal Council has taken a positive step to provide convenience to the Commuters traveling to Dhanidhar, BGSBU and its adjoining areas who always face problems while waiting for the vehicle.

He also asked the officials of the Municipal Council to initiate more such projects so that the people of the area would be benefited.

The DDC asked the executing agency to complete the project on priority and no laxity in delay and quality would be tolerated.

The Deputy Commissioner also appreciated the efforts of Municipal Council Rajouri in the development of rotaries, roads and other developmental projects.

Setting up of NARCL a landmark development, signifies continuation of reforms: FICCI