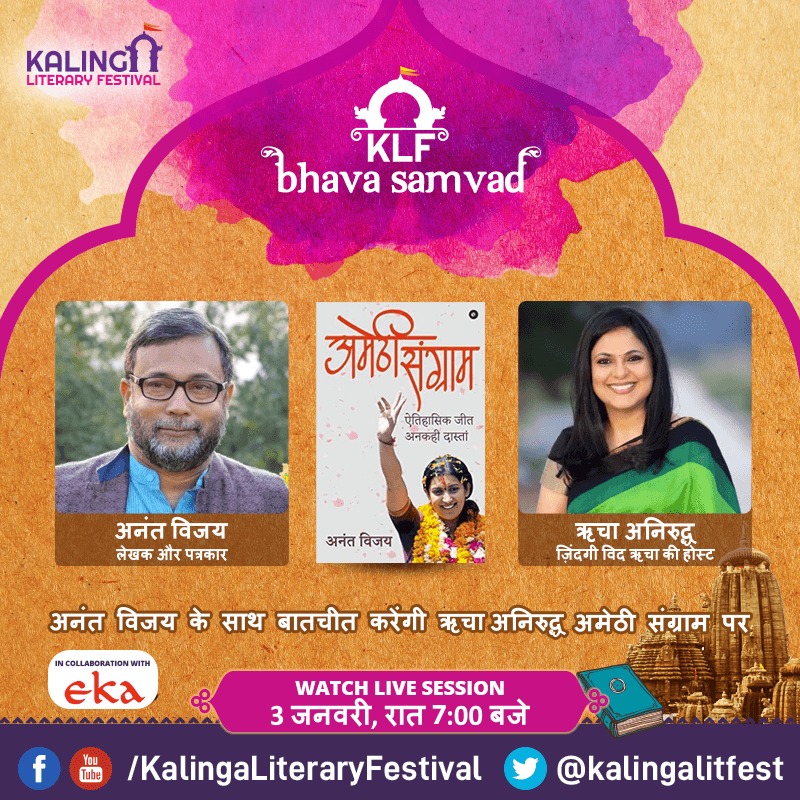 The book ‘Amethi Sangram’ by journalist and writer Anant Vijay seeks to bring out some less-known anecdotes from Smriti Irani’s successful campaign for the Amethi Lok Sabha seat in 2019, when she pulled off one of the biggest upsets in contemporary politics by defeating former Congress president Rahul Gandhi.

It is based on interviews conducted by the author with Smriti Irani, Zubin Irani, and senior leaders of the BJP who have been witness to the former TV star’s rise in politics.

Anant Vijay, currently with Dainik Jagran, is a senior journalist, columnist and author with more than two decades of journalistic experience. He has written nine books across various genres and is the author of the bestselling Bollywood Selfie. His latest book is Marxwad ka Ardhsatya. 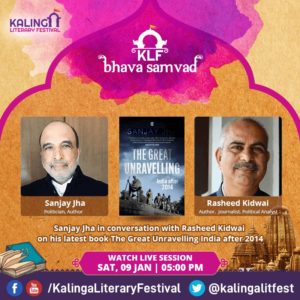 Author and politician Sanjay Jha will be conversing over his latest book ‘The Great Unravelling: India After 2014’ with Rasheed Kidwai.

About the book- Since May 2014, under a resurgent Bharatiya Janata Party, it appears that the Nehruvian—read liberal, secular, scientific—Idea of India has come utterly undone. Institutions of governance that had weathered great turbulence in the past seem to be disintegrating. The economy, once the celebrated ‘India story’, is in a shambles due to self-inflicted blows. Large sections of the media genuflect in cringe-worthy surrender to the ruling dispensation. Two hundred million Indians are being repeatedly reminded about their irrelevance in the new political narrative. Meanwhile, the grand old party of India flounders on unfamiliar territory—trapped in its past and unsure about its future.

Sanjay Jha, long-time Congress spokesperson, now suspended from the party for his outspokenness against it, takes a long, hard look at what all of this means for the future of India. What are the reasons for the Congress’s acute lack of oppositional ability? Is a resurrection of this seemingly somnolent giant even possible? What would it entail? Can the party look beyond the easy fallback of the Gandhi-family charisma and embrace transformational change? Can it sell its vision—of inclusive growth and social justice—to a nation that seems mesmerised by hate?

Even as he asks tough questions of the government and his party, Jha has not lost faith in Mahatma Gandhi’s India. He writes of renewal, of hope. And the Congress, he firmly believes, is central to that revival of India.

About the author- Sanjay Jha is a former National Spokesperson of the Indian National Congress party, and ex-President of All India Professionals Congress. He is Executive Director, Dale Carnegie. Jha is also a columnist and author. This is his third book.