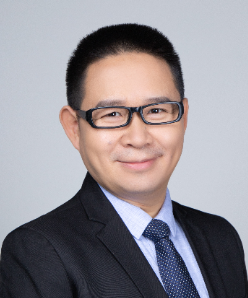 Peking: Professor Peng Liangyou from PKU School of Physics was recently awarded the Outstanding Referee for 2021 by the American Physical Society (APS) in recognition for his exceptional work in the assessment of manuscripts published in a series of journals affiliated with Physical Review.

The Physical Review series, including Physical Review Letters and Reviews of Modern Physics, are the most academically influential series of journals in the field of physics.

Instituted in 2008, the Outstanding Referee program annually recognizes approximately 150 of the currently active referees for their invaluable work. Comparable to Fellowship in the APS and other organizations, this is a lifetime award.

The basis for the Outstanding Referee selection takes into account the quality, number and timeliness of a referee’s reports, without regard for membership in the APS, country of origin, or field of research. Individuals with current or very recent direct connections to the journals, such as editors and editorial board members, were excluded.

In 2021, 151 recipients from 31 countries and regions were honored. The selection this year was made from 40 years of records on over 78,400 referees who have been called upon to review manuscripts, including more than 40,000 that were submitted in 2020. So far, 22 researchers from universities and institutes on the Chinese mainland have received this honor. Professor Ouyang Qi from PKU School of Physics was one of the awardees in 2012.

University of Nottingham: Civilians and military to take part in major study to…

University of Nottingham: Civilians and military to take part in major…