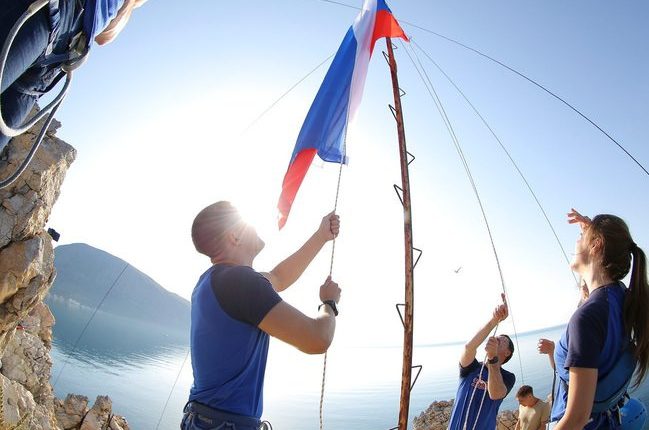 During a meeting with representatives of the public via videoconference, the President of Russia supported the proposal to introduce the tradition of raising the country’s flag in schools daily. The proposal was voiced by a representative of Artek Children’s Centre.

According to the President, this practice is common in educational institutions around the world.

Deputy Prime Minister of Russia Tatyana Golikova said that the proposal to raise the Russian flag had already been discussed the day before. The Federal Law On Education in the Russian Federation even encourages the introduction of such a tradition.

In this regard, Minister of Education of Russia Sergey Kravtsov noted that the Ministry of Education pays special attention to children upbringing.

“We support such an initiative. It will contribute to the formation of a sense of patriotism and citizenship among the younger generation, ” the Minister said.

Sergey Kravtsov also supported the initiatives expressed by the participants of the meeting related to increasing the prestige of the teaching profession, supporting talented schoolchildren and other aspects of the education sector.