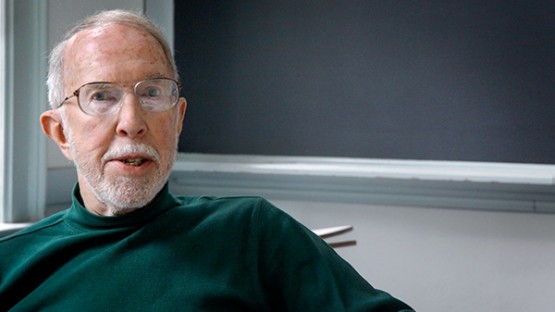 New Delhi: Professor Emeritus John W. Reps, MRP ’47, a historian of urban planning and an authority on American urban iconography, died Nov. 12 at age 98. His dedication to the Department of City and Regional Planning in the College of Architecture, Art and Planning (AAP) spanned more than 70 years.

His book “The Making of Urban America” (1965) was followed by five books exploring in more detail the origin and subsequent growth of towns and cities in the Southeast and West. He also wrote another six studies about 19th-century printed views of American cities, identifying the artists who created them, and explaining how they were drawn, printed, published, sold and used. In 1996, citing him as the father of modern American city planning history, the American Planning Association designated him a Planning Pioneer.

“John held a unique place in the college, though his influence extended well beyond our campus,” she said, “and brought deep, scholarly, humanist values to decades of teaching.”

Reps was born Nov. 25, 1921, in St. Louis, Missouri. He earned a bachelor of arts in 1943 from Dartmouth College and a master’s degree in city and regional planning in 1947 from Cornell as part of the first class of students to earn that degree at the university. After several years of study in England at the University of Liverpool and the London School of Economics, Reps returned to Cornell in 1951 as a faculty member.

He chaired the Department of City and Regional Planning from 1952-64, acting simultaneously as the department secretary as well as director of admissions, commencement, and scheduling as he wrote books and papers, documented cities and towns, and collected historical city plans.

Reps was an expert on planning history and the wide range of urban planning representations that drive planning research and practice methodologies. His 1980 book, “Cities of the American West” received the 1980 Beveridge Award from the American Historical Association for best book on American history. Reps wrote 13 other books, including “Canberra 1912: Plans and Planners of The Australian Capital Competition,” which offered a unique look at largely unseen proposals for the design and development of the city. In 1984, the Association of Collegiate Schools of Planning recognized Reps with its biennial award for Distinguished Service to Education in Planning. He retired from the Cornell faculty in 1986.

The 2018 National Conference on Planning History held a panel focused on the impact of Reps’ contribution to American planning, hosted by the Society for American City and Regional Planning History, of which Reps is a founder.

In addition to his scholarship, he founded Historic Urban Plans, a business printing reproductions of maps in his own collection and in those of various museums and libraries.

He is survived by a daughter and a son. A gathering for family, friends and colleagues to remember Reps’ life will be held at later time.